Partners In Arms: IFA Teams up with Job Creations Network to Defend Franchising 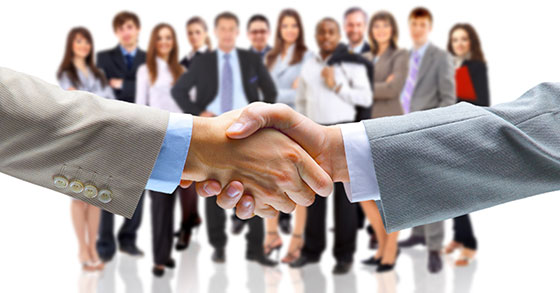 Franchising is fighting back.

Organized labor and activist groups have been hammering away at the franchise business way of life. But now the International Franchise Association (IFA) and Job Creations Network, an advocacy organization dedicated to educating employees about government policies that negatively impact their business, have formed a dynamic duo to help defend franchising.

The new partnership will provide IFA and its membership non-partisan education tools about how existing and prospective government policies affect their workplace, now and in the future.

"Millions of jobs and small businesses are now at risk due to the unprecedented nature of the recent National Labor Relations Board (NLRB) ruling that franchisors and franchisees can be designated as joint-employers," said IFA President & CEO Steve Caldeira, CFE. "With our continued fight to defend the franchise business model, we must ensure that franchise small business owners are well informed of policies that could alter the way they do business so they are armed with the tools necessary to educate lawmakers."

IFA's partnership with the Job Creators Network will integrate into the Franchise Action Network a new strategic initiative that mobilizes franchisors, franchisees, and industry suppliers at the grassroots level.

"A coalition of the franchise owners, all promoting a single mission, is the best way to protect our industry from an increasingly hostile legislative and regulatory environment at the federal, state and municipal levels," said Caldeira.

Ziggi's Coffee
There's nothing quite like the perfect cup of coffee. It wakes you up and gets you on the right path. Now, you've got the chance to build a lifestyle...
Cash Required:
$100,000
Request Info
Added
Learn More
Genghis Grill
Genghis Grill, the nation’s leading create-your-own bowl concept, offers guests broad appeal and caters to various flavor preferences and...
Cash Required:
$750,000
Request Info
Added
Learn More
Share This Page