Success Stories of Minorities in Franchising 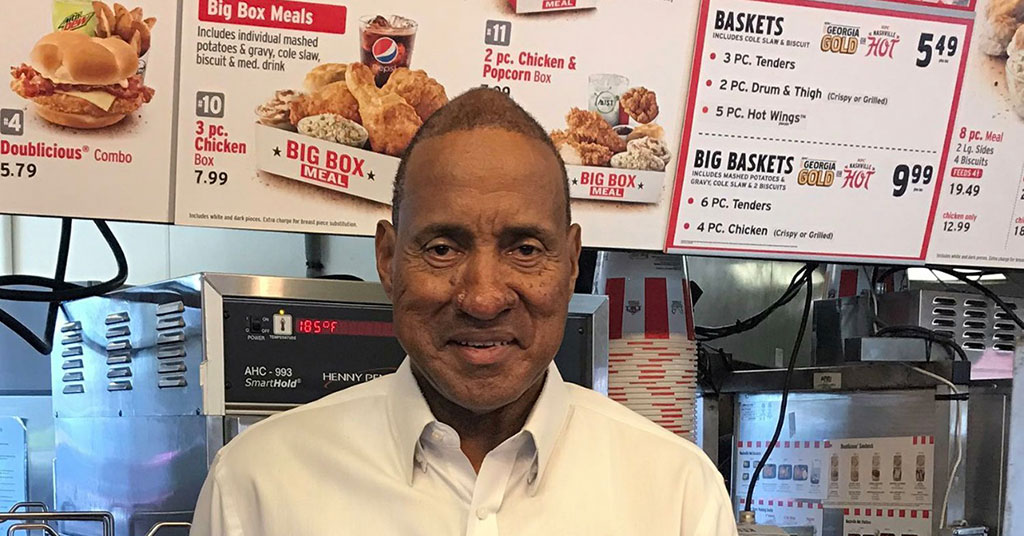 The previous How-To Franchising Guide story detailed the growing role of minorities in franchising and provided a list of online resources to help minorities enter and succeed in franchising. Since nothing speaks to success better than success itself, we present 3 short versions of profiles of franchisees who are making it. The full profiles appeared in Franchise Update Media’s Multi-Unit Franchisee magazine during the past few years. Since the profiles first were published, some of the details (number of units, brands they operate, etc.) may have changed, in most cases for the better!

George Tinsley has been a part of Kentucky Fried Chicken/KFC for so long that he got to work alongside Harland “Colonel” Sanders, for 3 years. That was back in the mid-1970s after Tinsley completed a short professional basketball career in the American Basketball Association. Franchising came calling in 1976 when KFC was searching for a training director. This was how he met and worked with Sanders, who had retired but was still working with the brand in a public relations role. “I got the fever for the restaurant business right then and there,” says Tinsley, who went on to spend 8 years as a KFC executive before switching teams and becoming a franchisee. In 1984, he and his wife Seretha opened their first KFC in Auburndale, Fla., then a second in 1986 in nearby Haines City. Today the Tinsley Family of companies operates more than 60 units at street and airport locations that are anchored by Chili’s, Wendy’s, KFC, Pei Wei, P.F. Chang’s, Shula’s Bar & Grill, Cigar City Brewing, and Comfy Cow. His brands dominate at Tampa International Airport, Miami International Airport, and Louisville International Airport.

Gina Puente is the CEO and president of Puente Enterprises, Inc., which operates a potpourri of franchised units and original concepts in the Dallas-Forth Worth area. As a Mexican-American woman, she has benefited from several programs aimed at helping minority and women business owners succeed. And succeed she has. In 2010 she competed with the likes of McDonald's to be the food concessionaire at a large, Dallas area hospital, and won by offering two healthy brands: UFood Grill and Urban Taco. En route to building a company with $63 million in revenues, she has been named Enterprising Woman of the Year, Latina Entrepreneur of the Year, and Fort Worth and Texas Hispanic Business Woman of the Year.

Anand (Andy) Patel, winner of Franchise Update Media’s American Dream Award “for achieving remarkable success in the U.S. with multiple brands,” moved to the U.S. from India in the late 1980s. Principal of Boynton Beach, Fla.-based Apple Investors Group, founded in 2008, Patel says, “I started as an employee of one chain restaurant and through some long hours turned that position into an assistant manager, which eventually led me to my first restaurant purchase. Thirty years later, I have expanded my portfolio to over 140 restaurants with the help of my team.”

For more profiles of successful franchisees, browse our archived issues of Multi-Unit Franchisee magazine, where we profile 6 or more multi-unit operators every issue.

Home Helpers® Home Care
A Home Helpers® franchise is a low-cost, home-based, recession-resistant business providing quality care for others while giving you the lifestyle...
Wienerschnitzel
Profitable. Unique. Different. Wienerschnitzel wants you to join our franchise family. Why? As a prominent franchise of over 50 years we OWN the hot...
HydroDog
HydroDog: Where you're on your own, but you're not alone!
RedBrick Pizza
At RedBrick Pizza (R), old world traditions meet new world recipes to create a better-for-you pizza experience. Baking pizzas to perfection at 1000...
Loyalty Brands
Become an entrepreneur with a fun business franchise opportunity