Buckle Up! What's Not to Like About a Little Volatility?
Company Added
Company Removed
Apply to Request List
0

Buckle Up! What's Not to Like About a Little Volatility? 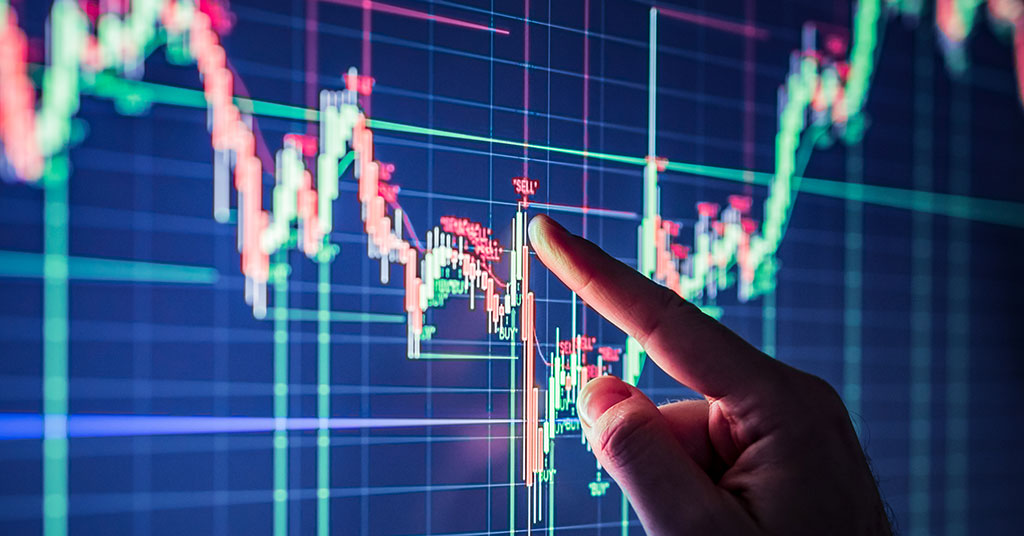 Volatility isn't necessarily a bad thing. Sharp short-term market moves have historically been the norm. While extreme volatility (either up or down) can be unsettling, the ability to take a deep breath and carefully consider underlying fundamentals amidst such disruption can lead to thoughtful tactical decisions that positively influence long-term financial returns, though "love" may be too strong a sentiment to apply here!

Over the very long term, the bias to equity markets has been upward, given that component companies typically reflect the best and brightest among publicly held companies, tracking the overall upward trajectory of long-term GDP. Staying focused on the true direction that underlying fundamentals are likely heading can promote fewer and better long-term decisions, theoretically reducing transaction and potential tax/cost drags in the execution of a long-term investment plan. Volatility can also be a useful litmus test relative to individual long-term goals and staying power. If recent market action caused undue heartburn, perhaps it is time to rethink your asset allocation.

Amidst the increased attention to trade issues in recent days, we note several additional factors that could prompt increased volatility ahead, if or when market participants choose to focus in on them. While these issues are often not new news, when market sentiment swings to one extreme or another participants can take singular issues and aggregate them to make events seem better or worse than underlying fundamentals would indicate. Here are a few additional issues to keep in sight as the year proceeds.

U.S. Federal Reserve rate and balance sheet decisions. Headlines seem to imply that the Fed has only two gears--raise or lower--with Fed Funds futures rapidly shifting from the assumption of a rate increase earlier this year to discounting a higher likelihood of a cut by summer. Further, judging from headlines and trader commentary, it seems many expect them to have a third mandate of "salving market volatility" in addition to their two oft-stated mandates of supporting full employment and reasonable levels of inflation. So far, economic data--with solid moderate continued growth, high employment, and positively biased consumer and business sentiment--augers for the Fed's current "patient and data dependent" stance to be prolonged.

We do acknowledge, and are watching carefully, important metrics of business sentiment. The longer the trade war carries on, the greater the potential for companies to begin to pass along more price increases to consumers. As noted by the New York Fed, virtually all tariffs assessed to date have fallen on U.S. consumers and export businesses. Although a number of affected companies noted (in their quarterly earnings release commentaries) that they had already planned for the imposition of additional tariffs, margin pressure is mounting and price increases may not be far behind. A general bias toward firming pricing power would translate through to firming inflationary pressures throughout the pipeline. We suspect the Fed will remain patiently on the sidelines watching for confirmation of inflation or economic slowing, which may disappoint some market participants who are presuming a cut to smooth volatility.

More trade issues. The longer the current tariffs are left in place, the more pressure specific industries face, both from input costs and retaliatory tariffs assessed by affected countries. The economy has proven resilient thus far, but the longer these are left in place the harder it will become for those affected to maneuver. Should additional tariffs be assessed there will likely be broader implications for the U.S. economy and business sentiment. Eventually, higher prices will likely make their way to consumers, who could swoon under the pressure. The key near-term impact is likely to continue to weigh on business sentiment, which could lead to delayed initiatives, from new marketing campaigns to R&D and capital spending.

Market technicals/dynamics. Similar to what happened during late 2018's trading, when passive and algorithmically driven funds exacerbated downside momentum, such asset pools are at it again. A Wall Street Journal article in May, for example, noted that equity exposure among low-volatility funds had increased to its highest level since late October and was likely adding to the downward momentum as many rushed to sell. Many of these funds are momentum-biased, meaning they're "wired" to jump on whatever trend is in place, helping propel the pendulum further and faster than fundamentals would theoretically support.

Wrapping it all up

Again, none of what we outlined here is new news. They all are worth keeping on the radar, however, mostly for the potential to disrupt business or consumer confidence in the long run. If decisions from these two important constituencies get delayed, the resultant lethargy in economic numbers could derail the longest expansion on record. We do not currently believe this will be the case--which is why we are opting to patiently monitor developments at this point. We retain our neutral (versus underweight) domestic and emerging market equity stance, with an emphasis on high-quality growth (versus value) assets. In the interim, the ride is liable to be bumpier than it has been, so we suggest investors buckle up for the ride to come.

Keep Your Customers Satisfied: Pair Technology with a Human Touch
Financial Training: Let your Staff in on the Numbers!
Sponsored
Central Bark Drives Growth as Best-in-Class Franchise
Franchise Development Is Up: But will the growth capital be?
Spring Cleaning: 4 actions to ensure your books are accurate
5 Signs It's Time to Find a New Accountant for Your Business