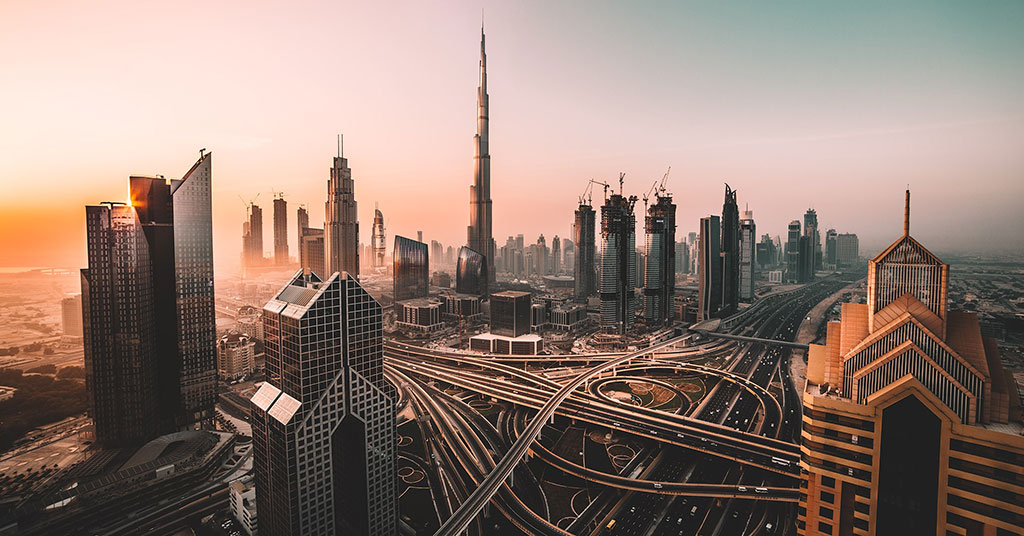 Most of us in the restaurant business are familiar with Dubai, a city whose iconic skyline is memorable as well as a visual testament to what can be accomplished with great leadership and nearly limitless resources. Since the United Arab Emirates' independence in 1971, the country has seen its GDP grow by 36 times to US$414 billion in 2018.

My awareness and subsequent involvement in Dubai began in 1999, coinciding with the opening of the Burj Al Arab Jumeirah hotel. My visit at that time found a far different Dubai than one finds just 20 years later. One noticeable change is the size of its population, which has grown from 848,000 in 1999 when the Burj Al Arab Jumeirah opened, to more than 3 million this year as the iconic hotel celebrates its 20th anniversary.

The restaurant business sector within the UAE, and specifically within Dubai, has also grown, matured, and changed during the last 20 years. Currently, within the market, there are several areas that restaurant brands should consider when entering the now hyper-competitive market in Dubai.

Reports indicate that the number of restaurants within Dubai increased by 9.7% between 2017 and 2018, with a reported 11,800 restaurants open and operating by the end of 2018. Dubai has a population of 3.1 million, which equates to one restaurant for every 263 residents. In comparison, New York City has more than 27,000 restaurants, and with a population of 8.4 million, that is one restaurant for every 311 residents, showing just how saturated Dubai's restaurant industry is. It's also important to consider each city's tourism industry, which both greatly benefit from, and again Dubai shows more dense numbers, with 1,356 tourists per restaurant compared to New York with more 2,400 tourists per restaurant.

While the number of restaurant competitors is a cause for concern, the increase in the quality of restaurant offerings is also noteworthy. Since McDonald's entered the Emirati market back in 1994, the market has seen growth in additional Western chain restaurant concepts, including such polished brands as The Cheesecake Factory and Texas Roadhouse. While Dubai has yet to receive its first Michelin star-ranked restaurant, it does boast an increasing number of celebrity chef helmed outposts from such names as Gordon Ramsey, Alain Ducasse, Nobu Matsuhisa, and recently Nusret Gökçe, who opened one of his namesake restaurants within the Four Seasons.

Western chains and celebrity chefs aren't the only competition to consider. In October 2019, Conde Nast Traveler featured an article titled "27 cafés in the UAE founded by Emiratis," 17 of which were located within Dubai. One locally grown concept, Salt, started as a food truck on Dubai's Kite Beach, but now boasts multiple locations through the UAE, and even appears to have added an outpost in Riyadh, Saudi Arabia.

Beyond traditional restaurant competitors, you also have ghost kitchens and third-party delivery providers, such as Uber Eats, and their impact on your business to consider carefully. Ghost kitchens and delivery may offer both a challenge or an opportunity for your brand.

Last, competition is hot as locals and visitors alike have become very price-aware and expect to receive great service, atmosphere, and high food quality for their dirham. They are looking for value, and while they are willing to pay for quality, the days of them simply being excited to see their favorite restaurant brand in-country alone is no longer enough.

It seems the days of "Build it and they will come" is a thing of the past in the Dubai commercial real estate market. In the early 2000s, it was not unusual to experience requests for "key money" or a lengthy waiting list for competitive sites. And while the Dubai commercial market is still highly competitive with the best locations being aggressively pursued, the market appears to be loosening up, and some landlords are even providing tenant improvement monies to promising brands and operators. It's important to be flexible with your footprint when entering a competitive market such as Dubai and ensure you're fully versed on building and permitting requirements to avoid losing valuable time in the construction phase or overspending.

Compared with its neighbor, Saudi Arabia, the labor pool in the UAE is robust, with a generally plentiful, motivated, and educated workforce. Labor costs have increased over the past few years, and surveys show that as much as 65% of current employees are expecting a salary increase up to 12% this year. With that being said, Western brands will generally be pleased with the general cost of staffing within the Dubai market. Additionally, the increased salaries employees are enjoying also makes them a potentially attractive customer base for quick service and casual theme restaurants.

Dubai enjoys a sophisticated food supply chain and hosts what is billed as "the world's largest annual food and beverage trade exhibition," Gulfood, which attracts more than 98,000 visitors and will celebrate its 25th anniversary in 2020. It is critical for Western brands to ensure they are careful to maintain brand quality and consistency in the products they serve, while doing everything possible to lessen the number of products imported from markets where shipping or other importation costs make it difficult to compete.

It's also important to remember that rules change quickly in the UAE, including a recently passed law requiring restaurants to provide free tap water. Brands new to the market should engage with in-market experts to ensure their supply chain will be in compliance.

There are more changes and market-level volatility ahead for the UAE's most high-profile emirate. On November 18, 2019, the figurative one-year countdown clock started for Expo 2020, the first to be held in the MENA & SA (Middle East/North Africa & South Asia) region. What impact will this widely publicized event have, both positive and negative, on businesses within the market?

Dubai's skyline showcases the world's tallest building, the Burj Khalifa, which opened toward the end of the emirate's 2007-2010 financial crisis, a crisis with a not-too-distant reminder of what can happen, even in Dubai, when a market grows too quickly, or beyond its financial resources. Dubai has current debt considerations that brands should also be aware of and research to ensure they're fully informed of what may be on the horizon.

The UAE, and specifically Dubai, remains a high-profile and potentially lucrative market for Western brands. The competition, regulations, and in-market fluctuations are all areas that businesses should explore in detail. In many cases, a brand's "unique selling proposition" or "customer promise" may remain intact within the market, but how that is to be accomplished and the underlying business economics may need to change.

James Walker is Senior Vice President, Restaurants at Nathan's Famous. Before that he was Vice President North America at Subway and President of Global Operations, Development & Marketing at Johnny Rockets. A restaurant industry expert with a specialty in rebranding and repositioning iconic American comfort food brand, he has conducted business in more than 65 international markets, including such emerging markets as Saudi Arabia, Tunisia, Pakistan, and Mongolia.

Radiant Waxing™
At Radiant Waxing, we make it our mission to help people achieve smooth skin and beautiful brows in mere minutes.
Happy Joe's Pizza and Ice Cream
Happy Joe's Pizza and Ice Cream Parlor combine a retro family-friendly pizza parlor, a neighborhood ice cream parlor, a fun arcade center, a...
iCode Computer School for Kids
The door to the future is through technology. Each iCode Computer School for Kids franchise teaches children to create technology—not just play...
Woof Gang Bakery
With more than 200 locations open or under development, Woof Gang offers best in class grooming, and a unique retail experience; our gourmet treats...
Massage Heights
Massage Heights is a passion brand, a lifestyle brand, and a spa franchise brand that truly helps people live their best lives by encouraging them to...
Share This Page