Franchisees Rally For their Cause on Capitol Hill 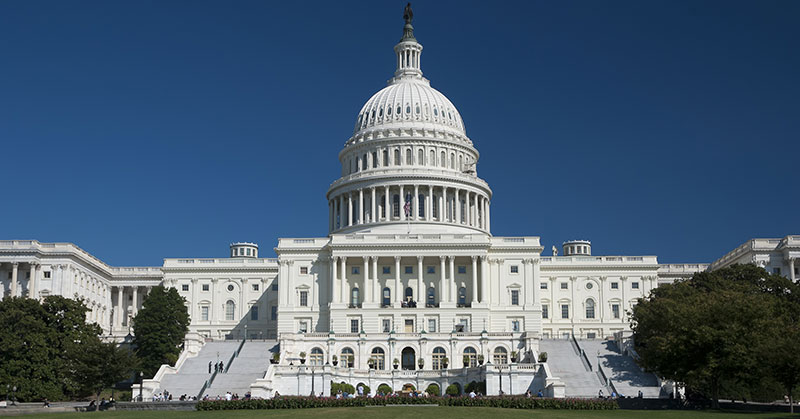 Franchisees from across the country gathered this week in Washington D.C. to rally around the franchise business model and meet with members of Congress to emphasize the industry's importance. It's the 2015 International Franchise Association's (IFA) Franchise Action Network Annual Meeting, an event that helps get attendees excited and ready for meeting with elected officials on Capitol Hill.

"Not everyone understands the franchise business model and how legislative and regulatory decisions can greatly impact small franchised businesses," said Catherine Monson, CEO of Fastsings and a speaker during the event. "It is critical for all of us in the franchising industry to proactively develop relationships with our Congressional Representatives and Senators in order to preserve and protect the future of our businesses."

Franchisees from around the country have joined the IFA for the two-day event. Held every September, this meeting gives franchisees the opportunity to meet with representatives in Congress, forge relationships with elected officials, and discuss regulations that affect their businesses.

Clint Ehlers, who owns two Fastsigns centers in Willow Grove, Pennsylvania and Lancaster, Pennsylvania, testified before the congressional U.S. House of Representatives Committee on Education and the Workforce Subcommittee on Health, Employment, Labor and Pensions last fall on the consequences of the expected National Labor Relations Board's Joint Employer decision. He explained, "It is incredible to have a voice in front of our elected officials. 'For the people, by the people' still stands and it is important for us to remind them of that. Many of them are not aware of how these decisions directly impact the future and value of our businesses. We have to include our voices in the conversation to protect our independent, local businesses."

The Franchise Action Network (FAN) brings local franchisees from hundreds of franchise brands together as one voice. The grassroots network of franchisees, franchisors, and suppliers engage elected officials on legislative and regulatory issues that affect the franchise industry. The emphasis is to educate policymakers on the benefits of independent, locally-owned franchises that create jobs and provide tremendous value to local communities. According to the IFA, the 780,000 franchise establishments in the U.S. support more than 8 million direct jobs, $890 billion in economic output and three percent of the Gross Domestic Product (GDP).