Franchising Expected To Have Another Growth Year 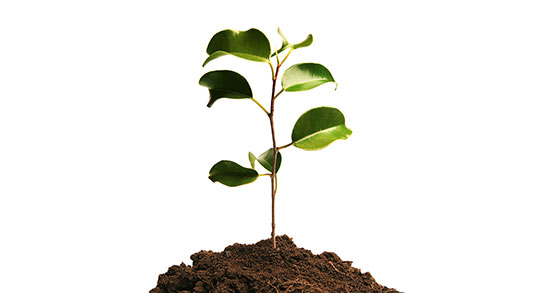 Franchise businesses are expected to grow and create more jobs at a faster pace than the rest of the economy in 2015 for the fifth consecutive year, according to "The Franchise Business Economic Outlook: 2015" released today by the International Franchise Association (IFA) Educational Foundation and IHS Economics.

But Caldeira added a word of caution about the franchise outlook. Federal intervention, specifically by the National Labor Relations Board, could deflate the growth projections significantly.

"Last month, the National Labor Relations Board moved to upend decades of law and practice by issuing a complaint against McDonald's saying that it should be considered a 'joint employer' with its franchisees. The entire business model of franchising is endangered by this ill-conceived complaint," he said. "Hundreds of thousands of franchisees must now operate not knowing whether they should believe what their contracts clearly state, that they are in charge of their own work place practices, including setting wages and hours, or that the corporations from which they license their trademarks are also responsible for those things. The ruling could put the brakes on what looks like a banner year of accelerated growth and job creation in the franchise sector."

IFA members are very worried about the NLRB complaint. The IFA Franchise Business Leader Survey shows that 97 percent of respondents believe that the joint-employer ruling, were it to take effect, would have a negative impact on their business, with 82 percent saying the impact would be "significant."

The Franchise Business Leader Survey also reveals concern about the enactment of discriminatory increases in the minimum wage. More than 85 percent of franchisor and franchisee members believe that recent efforts by some cities and states to increase the minimum wage will negatively impact their business. In addition, more than two-thirds of franchisors and 85 percent of franchisees reported that their businesses have already been "negatively impacted" by the Affordable Care Act.

"The business model for franchising is under assault," said Matthew Patinkin, a franchise owner of Auntie Anne's Pretzel shops. "First, the complaint by the general counsel at the National Labor Relations Board leaves franchise business owners like me uncertain and very concerned about the future. The complaint targets McDonald's, but all other franchises are also at risk. I'm also concerned that Obamacare has changed the definition of full time to 30 hours per week. This is an irrational requirement of the Affordable Care Act, and will cause small business owners like me to reduce the hours of some of our workers. Rather than helping employees, this change will make life more difficult and more costly for lots of hardworking families."

Key findings from the business outlook released today include:

Extraordinary Employee Incentives Still in Play in Today's Labor Market
Where Have All the Workers Gone?
Sponsored
Central Bark Drives Growth as Best-in-Class Franchise
Potbelly Operator to Add 14 More Locations
FLDC22 Kicks Off in Atlanta in Just 2 Weeks!
The 5 Biggest Business Trends for 2023

The Human Bean
Our commitment to developing the best drive-thru espresso led us to franchising. Unlike nearly all other franchises, we do not charge...
Cash Required:
$100,000
Request Info
Added
Learn More
Save A Lot
No Franchise Fees! Join the nation’s leading independent discount grocery chain. Your success is our success, so we’re invested in...
Cash Required:
$300,000
Request Info
Added
Learn More
Share This Page