It's Mega-nanimous! Six Inspiring Stories to Start the Year 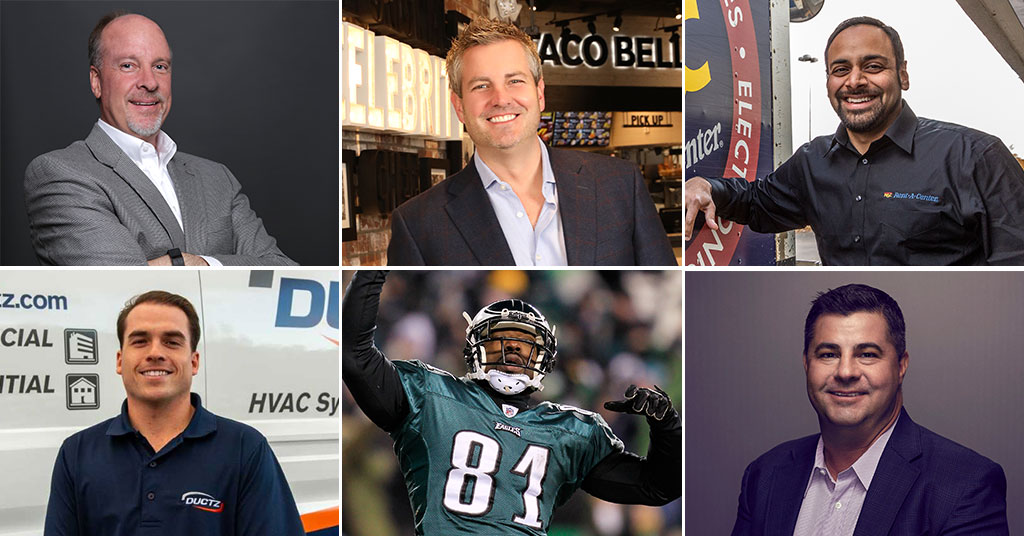 We're starting the year in our usual way: with our "Mega 99" list of the largest U.S. franchisees, ranked by total number of units. We also feature profiles of six successful multi-unit operators--including a Reconnect with Shirin Kanji; a profile of a former NFL player turned franchisee Jason Avant; and an Under 30 profile with Tommy Hoopsick, who became a franchisee at 19--along with 3 more profiles (see below). Together they provide a broad spectrum of size, industries, and scope of operations. Perhaps more important, each has been successful in their own way and has a unique story to tell--and learn from.

Successful franchisees, from mega to micro, must learn to become leaders, CEOs of their own organizations who know how to make deals happen, hire the right people, and create a dedicated, hard-working team, both internally and on the front lines. With the right combination of skill, brains, heart, and soul, they're able to create, build, and sustain franchisee organizations that provide high-quality products and services, top-notch customer service, a wide range of job opportunities and training in their communities, and build revenue and royalty streams for their brands.

Once again we are privileged to have been granted a look into the lives of six franchisees who have carved their own pathway to success. These are highly personal stories of how they've overcome obstacles and grown not only their organizations, but also their employees and themselves in the process. It's rewarding and inspiring for us--and we hope for you--to read their stories, now in progress at hundreds locations near you.

Mega 99. Be sure to check out our annual ranking of the country's largest multi-unit franchisee organizations, ranked by number of units, following the profiles.

BrewDog
THE FASTEST GROWING BREWERY IN AMERICA IS building more brew pubs and franchising throughout the US. BrewDog is a great investment that offers...
Request Info
Added
Learn More
Baskin-Robbins
Discover franchise opportunities with one of the world's largest chains of ice cream specialty shops.
Cash Required:
$100,000
Learn More
Share This Page