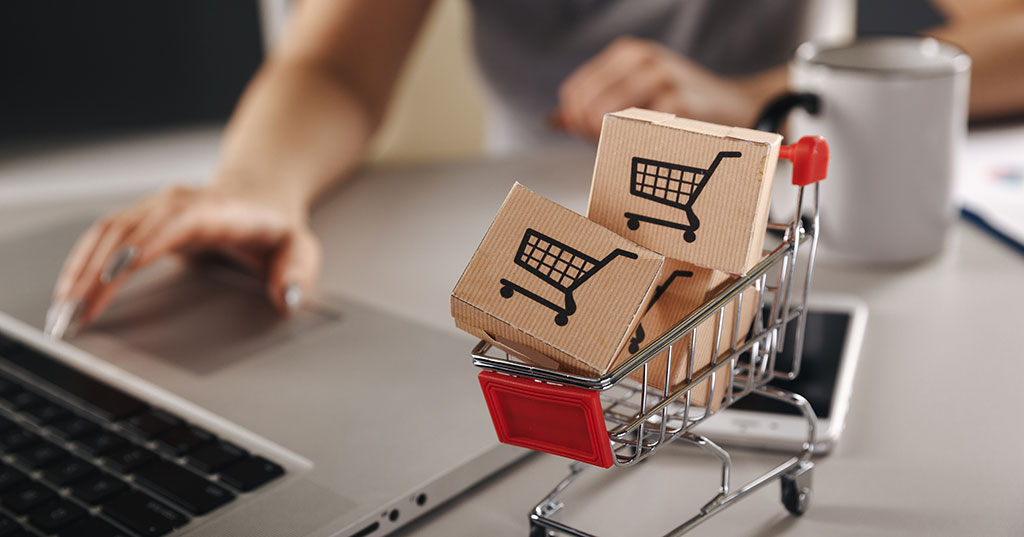 A solid franchise development program starts with doing the little things right--all the time, every day, with every prospect. Those "little" things are more important than ever because, by the time you hear from them, today's prospects are more educated about your brand than ever before.

This year's annual Mystery Shopping Survey found that while franchisors have more opportunities than ever to connect with qualified prospects, their challenge is making those connections count. To do so, successful franchisors must have systems in place to keep pace in a 24/7 digital world where prospects form opinions about brands long before they make contact.

"The way prospects research brands has evolved. The ability to conduct most of their due diligence online gives them plenty of information to vet brands," says Therese Thilgen, co-founder and CEO of Franchise Update Media, which mystery shops conference attendees each year. "An opportunity exists to engage with prospects before the first phone call takes place."

This year's mystery shoppers were Michael Alston at Landmark Interactive (mobile); Art Coley at CGI Franchise (telephone); Rick Batchelor at Qiigo (social media); Don Rush and Ben Foley at Franchise Update (websites); Jayson Pearl at ServiceScore (website response); and Michelle Rowan and Eric Stites at Franchise Business Review (franchisee satisfaction). Culled from their extensive research and analysis, the following is a look at the good, the bad, and the ugly of franchise recruitment today.

Smartphones continue to surge as the most popular way for franchise prospects to begin their research. Among Landmark's findings for 2019:

"To connect with consumers on the ever-changing world of small mobile screens, we have needed to rethink how our websites and mobile apps are designed," says Michael Alston, president of Landmark Interactive. "That quick and reliable connection translates into high-quality prospects who are ready to learn more about exciting franchise concepts."

Landmark's mobile findings also reinforce the need for development teams to have robust systems in place to respond to inquiries whenever they're received. Landmark's study of daypart data suggests that more than two-thirds of prospects are in shopping mode outside of regular business hours. Overall, 67% of new investment prospects researched franchises and initiated contact during nights and weekends. This means that for every 10 daily leads, the odds are that only three are generated during the 9-to-5 workday. 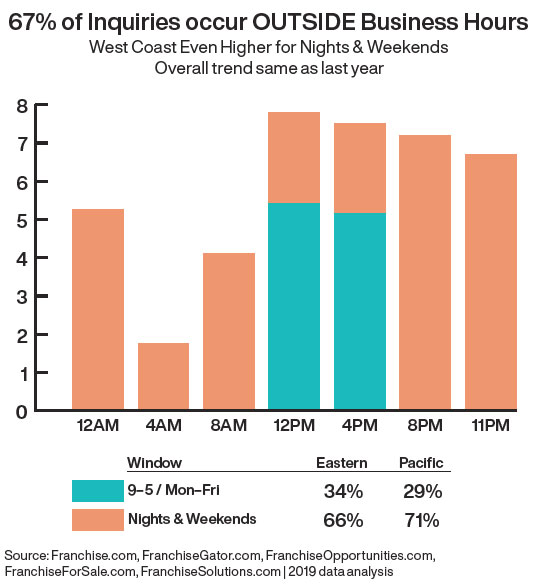 "Knowing that part of the problem is a round-the-clock scheduling challenge, sales teams can adjust their process to better address the daypart differences," Alston advises.

Given the time zone differences in the U.S., the task is even tougher for brands that centralize franchise recruitment. For East Coast prospects, 66% initiated contact on nights and weekends; on the West Coast it was 71%.

"We don't advise texting or calling anyone back at 2 a.m., of course," says Alston. "But knowing when a lead was generated can help sales teams prioritize appropriately so that no one falls through the cracks."

Recruitment teams continue to struggle with picking up the phone and calling prospects back, according to this year's results gathered by CGI Franchise. "We do the phone mystery shop to analyze the responsiveness of recruitment teams to an actual live person raising their hand and saying 'I want to learn more' about a specific brand," says Art Coley, CEO of CGI.

"Brands have become, more than ever, spoiled and complacent. It takes a lot for someone to pick up the phone and say they want to learn more. Why are we not answering the phone and responding back to them in a timely manner?" he asks.

Overall, CGI's evaluation uncovered lower performance scores for brands responding to telephone inquiries from potential prospects and found less of a personal touch than in previous years. "The big brand websites look like they are too big to care, with no way to reach them," he says. "They shouldn't become too big to grow."

This year the CGI team called 125 franchise brands, each caller posing as a qualified lead seeking information about franchising with the brand. The mystery shoppers measured how brands did with their initial response (receptionist/qualifier/appointment setter/director); information obtained (timing, location, financial, personal, etc.); emails and text communication; and overall responsiveness. 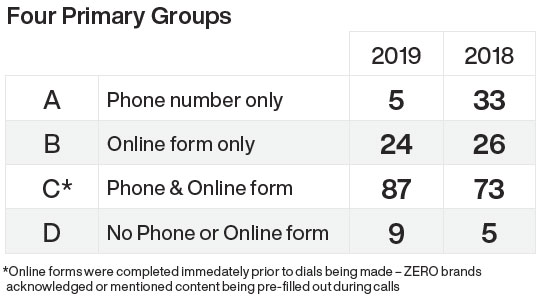 Brands were called three times at all hours at different times of day. Instead of seeing calls returned within the first 24 hours, Coley found an increased use of automated response and texting tools. In some cases during business hours, he says, it appeared that brands intentionally did not answer the call and instead called back within minutes.

In their research, the mystery shoppers at CGI were looking for the following:

The business world is experiencing a massive shift in consumer buying behavior, and franchising is no exception. That's why online brand perception is critical, says Rick Batchelor, CEO of the franchise marketing firm Qiigo.

Batchelor and his team shopped 145 franchise brands and evaluated 2,600 Facebook posts, measuring fan counts, engagements, and posts as they applied to franchise development.

"For example," he says, "we looked at things like fan count--the count of the number of fans a Facebook page has. Then, for comparison, we calculated the national average for all the metrics among the brands."

The general idea, says Batchelor, was to determine how a brand engaged with its consumers, looking at the following factors:

Recommendations resulting from his research, says Batchelor, include the following:

"Franchise prospects are much more sophisticated today," says Batchelor. "Consumers research your brand long before they decide to reach out to you."

By the time today's franchise prospects arrive at a brand's website they already have a lot of information. That's why it's critical for franchise opportunity sites to be performing at optimal levels and providing as much relevant information as possible to potential franchisees.

"Key Content" measurements remained the same this year (including a dedicated About page, an investment chart, benefits of the franchise, earnings claims, FAQs, etc.).

"We expanded on those last two sections with data that is important in today's web development world," says Foley. "GDPR, privacy, and security concerns are at an all-time high with web users. Mobile is now the dominant player and social media marketing is the latest frontier for generating traffic. And having your site sharable is critical to your digital marketing success." 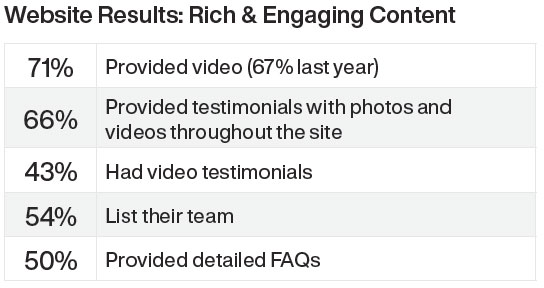 The researchers found near uniformity among brands in three distinct areas. 1) Nearly all websites were responsive (mobile-friendly); only two were not. 2) Nearly all sites were fully secured (https); however, a few had https but also had other unsecured elements that resulted in a non-fully secure site. 3) A majority of the franchisors used a unique website for franchisee recruitment.

Other observations by the website shoppers were that very few brands used a full application form. Instead, most relied on a short form with basic contact information; a few used a short form with a financial qualifier, time frame, or lead source. Nearly all websites were functional and easy to use, but did not have a cookie policy in place. Nearly all websites included links to their social media.

The following is a list of the items that should be included on a brand's website for prospects, and how well the brands shopped by our researchers did this year (by percentage of those who included the items and/or did it well):

In the end, the overall scoring breakdown is as follows, with 89 as the top possible score. Only two brands--Sport Clips and Tropical Smoothie Cafe--scored above 80; and 17 either had no website or were not a franchise.

The good news is that the brands that scored the highest used proper basic search engine optimization and employed good use of technology on their sites, such as video testimonials. Their websites were easy to navigate and content was well laid out.

The commonality among franchises with lower scores was a lack of information provided, such as benefits of their brand, requirements, investment information, franchisee testimonials, and frequently asked questions.

"These are the areas that could use improvement," says Foley.

ServiceScore focused on evaluating the website responsiveness of 133 brands or multi-brand franchisor parent companies. Researchers submitted a lead form to each, positioning themselves as a qualified lead. This year a new item was added to get a sense of how frequently brand qualifiers are mentioning at least one differentiator about their brand.

"In other words, giving at least one reason for the prospect to take the next step versus the competition," says Jayson Pearl, president of ServiceScore. "This was based on the observation from years past that often screeners aren't taking advantage of actually having a candidate on the phone to engage with them and share something special about their franchise offering. They're just asking a few screening questions, or worse, just calling a candidate to tell them that an email is coming and ask if they have any questions."

Here are some of the key metrics from ServiceScore's mystery shopping:

"We know that candidates today have researched a brand before they 'raise their hand' to ask it to tell them more through an online form submission or a call to a franchise development line," says Pearl." There's a great opportunity for brands to take advantage of this to find out what sparked the prospect's interest and share and reinforce those attributes that are special and unique."

"A best practice we're seeing--and a growing trend over last year--is from brands re-directing the site to engaging information that allows the viewer to spend more time on the site learning about the brand," says Pearl.

Franchise Business Review (FBR) researched 71 brands representing 25,799 business outlets. A total of 7,894 franchisees completed an independent survey consisting of more than 50 questions related to their business performance, satisfaction with their brand, and general business demographics. Results were compared with benchmark data from about 25,000 franchisees representing more than 330 leading franchise brands across all industry segments.

Nearly 8 in 10 (78.2%) of franchisees in the Franchise Update test group would recommend their brand to others. Brands earned high marks for franchisee enjoyment, general satisfaction, community engagement, and the belief in the honesty and integrity of their franchisor. The group scored lower when it came to the financial opportunity their franchise provides, training and support, innovation and creativity, and how well senior management involves franchisees in important decisions.