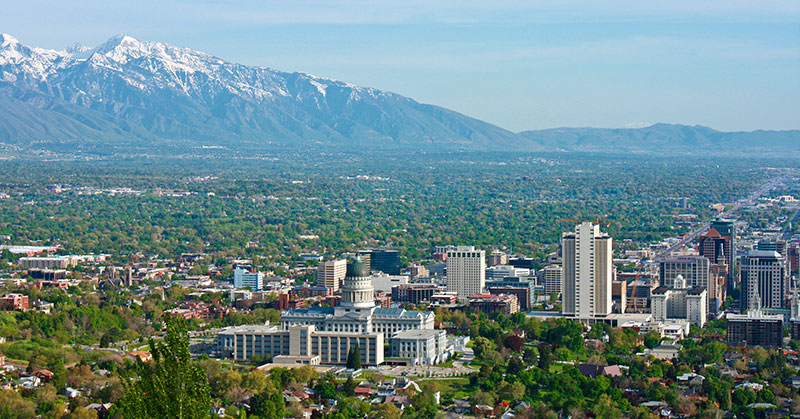 Utah's Four Foods Group (FFG), a restaurant development, investment, and management company, has been busy with acquisitions. It's latest deal adds 48 Little Caesars in Alabama and Louisiana. But the company has also recently acquired the R&R Barbecue restaurant concept and its Salt Lake City locations, as well as The Soda Shop and its Arizona-based locations. FFG also operates 44 Kneaders Bakery & Cafe units bringing its total number of restaurants to 97 throughout Utah, Arizona, Nevada, Colorado, Alabama, and Louisiana. The company's 2017 annual revenue is projected to exceed $150 million.

"This is a time of explosive growth for Four Foods Group," said FFG Co-Founder and Chief Executive Officer Andrew K. Smith. "I am proud of our team for setting and realizing ambitious and sometimes daunting growth goals. We have now become one of the leading restaurant concept incubators and management growth companies in America, and we are just getting started."

In a statement the company said the Little Caesars acquisition provides additional balance to the FFG brand management strategy. The pizza giant's brand positioning of price, convenience, and speed, coupled with a top-known category brand, fits well in the long-term FFG portfolio strategy.

"We have a deep love for the South and the hospitality, respect, and work ethic that comes with Southern culture," said FFG Co-Founder Shauna K. Smith. "In this case, we have a terrific brand we believe is positioned for a lot of growth in these rural areas of Alabama and Louisiana. Four Foods Group will provide the capital and management structure needed to maximize growth in these areas."

In addition to its American Fork, Utah-based corporate headquarters, FFG has now opened a second corporate office in Birmingham, Alabama that will initially house 28 FFG corporate employees. More than 800 additional employees will serve in the Little Caesars locations in Alabama and Louisiana, bringing FFG's total employee base to more than 3,000 employees across seven states.

Rapid Returns: 127 restaurants in 3 years and targeting 1,000!
Is Your Frandev Tech Working for - or Against - Your Recruitment Goals?
Sponsored
4 Ways Garage Living Leads the Way for Franchisees
Why the Pet Industry Is a Recession-Resistant Franchise Sector
Autumn and Franchise Development Are in the Air!
Great Customer Experience Brands Outperform - in Any Economy!