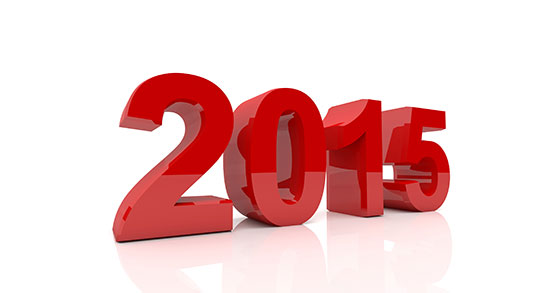 On many levels, 2014 was a tumultuous year for the franchise business model.

First, a quick overview. Franchising is regulated at the federal level, and 15 states have specific registration and approval requirements--yet we entered the year with 19 ongoing or new state legislative initiatives involving franchising; several city councils also got into the act. Back in D.C., the NLRB piled on with additional efforts to alter the franchise business model, and the SBA is re-evaluating how it defines "affiliation" standards for franchise brand SBA-guaranteed lending eligibility. Some of these actions have been challenged in the courts; others will be in the near future.

The motivations for all these efforts are varied and generally political in nature. However, they have one thing in common: the relationship between franchisor and franchisee. What has changed to cause so many dramatic actions on multiple fronts?

Let's separate two distinct causes of change. The first is the more recent revolutionary effort at changing the franchise business model, motivated by self-interest groups with no historical involvement in franchising. They include union organizations and governing bodies (primarily cities) intent on altering the local competitive business environment. Possible changes from these activities will likely play out as much in the courts as in governmental bodies. This cause puts the entire franchise business model at risk. Efforts to prevent these changes must be successful or there is a high likelihood the business model itself will be permanently--and negatively--altered. Franchisors and franchisees are aligned in this revolutionary war. While the IFA is leading the legal and legislative battles, everyone's involvement is required.

The second cause of change is evolutionary and market-driven. By its fundamental design, franchising is constructed around a balance between the rights of a brand owner (the franchisor) and the rights of the operator (the franchisee). Those rights are defined in the franchise agreement. Over the past few decades, however, franchisors have added a lot of protections and other terms to franchise agreements. Some of these changes, designed to address unusual issues, could be characterized as "protect the brand at all costs." The result has been a shift in the balance of control toward franchisors and away from franchisees, drawing the attention of legislative and regulatory bodies.

Because of its management of the SBA Franchise Registry since 1998, FRANdata has seen this change firsthand. The SBA looks at the level of control a franchisor has over franchisees because federal loan guarantees through the SBA are available only to eligible small businesses, as defined by federal size standards statutes. If a franchisor has "too much control" over the franchisee, the SBA determines that the franchisee is no longer a small business and therefore ineligible for a federal loan guarantee. (The entire focus of SBA affiliation determinations is franchise and related agreements. Control issues are identified over 90 percent of the time, and usually solutions are found in the form of side agreements negotiated between the SBA and the franchisor for use by only those franchisees seeking SBA loans.)

FRANdata has assisted the SBA in the determination process and has tracked, analyzed, and evaluated franchise agreements and resulting side agreements for more than 1,600 franchise brands across 15 years of change. Based on this work, we can identify the more significant issues that have arisen from this evolution, which include 1) the right of a franchisee to realize the value of their equity in the franchise unit, 2) franchisor restrictions over unit transfer rights, and 3) the level of risk a franchisee assumes beyond the operation of the business unit.

Evidence of the importance of these particular topics can be found all around. More than 20 state legislative initiatives have come about in the past 3 years that addressed some of these issues specifically. The SBA just published an announcement in the Federal Register about its approach to these very issues. For the first time, the IFA issued a Statement of Guiding Principles in 2014 that addressed franchise practices and to enhance franchise relations. And in June, Aziz Hashim (a multi-unit operator, past chair of the Multi-Unit Franchising Conference, and 2016 chair of the IFA) and franchise attorney Brian Schnell (a partner with Faegre Baker Daniels) co-wrote an article titled, "A New Era in Franchising Continues To Emerge: Should a More Balanced Franchise Agreement Play a Role?"

I'm sure no franchisor inserted new terms into a franchise agreement with the intention of triggering city and state franchise legislation or greater regulatory oversight. Yet some of those same terms, intended to protect the brand, have contributed to the dramatic rise in this type of governmental activity.

What does this mean for the future of franchising? First, we must win the revolutionary attack on the franchise business model. Second, we must pay close attention to the evolutionary changes or we will suffer from a series of unintended consequences.

One of the most potent voices in this dialogue should be that of the multi-unit operator. Will we hear it in 2015?

Baskin-Robbins
Discover franchise opportunities with one of the world's largest chains of ice cream specialty shops.
Cash Required:
$100,000
Learn More
Perkins Restaurant & Bakery
The opportunity to grab a slice of the pie and partner with Perkins Restaurant & Bakery, a tried and true concept, is ready for the taking for...
Cash Required:
$500,000
Learn More
Share This Page