Are You Ready for AR?: Pokémon GO Augurs a New Way to Attract Customers 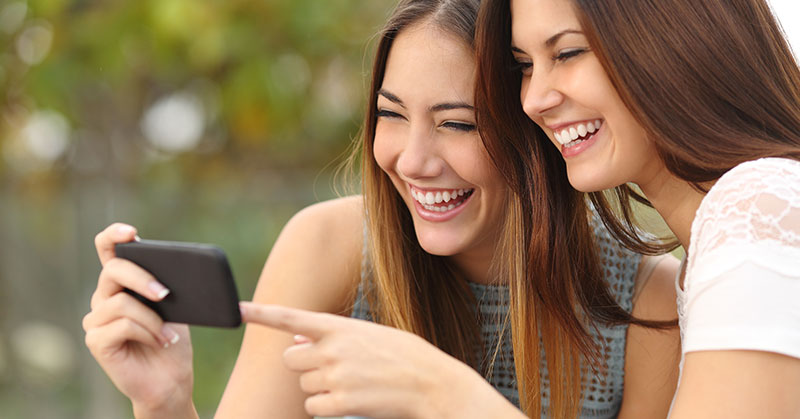 Pokémon GO, the hot new augmented reality (AR) game is not just another fad or trending game on the market--it is a cultural phenomenon. While gamers see it as just another way to play games, many businesses are reaping huge benefits by paying to have Pokémon located inside their business. A pizzeria in Queens, N.Y., claims they are getting new customers all day trying to capture Pokémon.

This is a game changer, and the possibilities are endless. What if Starbucks put a Pokémon in every cafe? What if retail stores added them? Businesses must quickly learn, understand, and get used to AR. If a small pizzeria can figure out how this gives them a competitive advantage, the behemoth brands will figure out how they can improve the customer experience by integrating AR.

Smart businesses will evolve AR to drive more customers through their doors. Customers could be alerted on how to take advantage of limited double bonus points similar to how people capture Pokémon. I have said for years that on-site, in-store shopping should offer GPS tracking to what you are looking for. This can be anything from trying to find specific products in a grocery store to an attraction at Disney.

I know what some of you're thinking: "I don't want a bunch of people walking into my business with no intention of purchasing anything." That mentality drives me crazy.

Once I was in my favorite store, Apple, spending a great deal of time and money. As I was on my spending spree, I needed a bathroom. I asked the Apple associate where the nearest public restroom was, and she responded, "You can use the one at the smoothie place next door." So I ran next door and did so. As I was leaving I saw that they had smoothies and wraps, it was lunchtime, and I was pretty hungry. After I wrapped up my Apple purchase I went right back to the smoothie place and ordered my lunch and a smoothie.

As I was eating, I asked if the owner or operator was available. When he came out to my table, I thanked him for allowing people to use his restroom. His face changed to agitated. He said, "Did Apple tell you that you could use our restroom? Our restrooms are only for our paying customers." I said, "But I didn't even know your business existed until I ran in here to use the bathroom, and as a result I purchased my lunch here." He responded, "Well, we've been here for nine years." Now I was sorry I purchased anything from this location, even though both the smoothie and wrap were pretty good.

This operator didn't get it. The entire reason you pay such high rent to be next to an Apple store is for increased awareness and foot traffic. The only thing better than foot traffic outside your store is foot traffic inside your store. I would take it one step further and give free smoothies to the Apple associates who tell their customers to use my restrooms. Drive traffic in my doors, please! Businesses must stop being worried about being taken advantage of and instead take advantage of opportunities to increase their brand awareness and demonstrate their friendliness.

Free Coke for all!

In 2003, Jeff and Bill Smith opened Easy Money, a payday and check cashing financial institution based in Birmingham, Ala. Payday loan centers typically charge high interest rates to customers who may have fallen on hard times, need cash fast, and are limited in their options. The Smith brothers did something totally unconventional almost from the start: they put a Coke dispenser in the waiting area in each location so customers could enjoy a free soda as they waited. This became popular with customers and the neighborhood. Asked why they offered free Coke, Jeff said, "We wanted to get our name out there in the community. We wanted a way to connect with local people. We became known as the place that gives away free drinks." They also told customers who had paid off their loans to stop by, say hello, and have a free Coke.

People started coming in for a Coke--sometimes only for a Coke--which made managers concerned they were being taken advantage of. "I would have managers calling me all the time saying that people were asking if they could have more than one. And I would tell the managers to tell them to take as many as they wanted," Jeff said. "A manager would call and say a woman pulled up to the store and her kids ran in and grabbed some Cokes and ran out. I would say 'That is totally okay. More and more people are becoming aware of us, and we are training them to come in. Don't worry about how many Cokes people are taking.' Most people are skeptical about walking into a payday loan center. This humanized Easy Money to the neighborhood."

Not everyone in the neighborhood liked it. The local gas stations and C-stores started to complain that Easy Money was taking a bite out of their Coke business. Easy Money gave away so much Coke--about 2 million drinks per year--that the Smiths were earning trips reserved only for Coke's top customers. This became a $400,000 expense on their P&L. Even I was blown away by this. I asked Jeff if he ever thought about stopping the free Cokes and adding $400,000 to the bottom line. He said, "No way. I can't measure the goodwill and foot traffic we get, as well as being an integral part of the community."

How did this work out? Easy Money's revenues grew on average between 80 and 100 percent every year. They went from 4 employees and 2 locations to more than 250 employees and 21 locations before selling the company.

Ziggi's Coffee
There's nothing quite like the perfect cup of coffee. It wakes you up and gets you on the right path. Now, you've got the chance to build a lifestyle...
Cash Required:
$100,000
Request Info
Added
Learn More
Urban Air Adventure Park
Own a highly profitable business that impacts lives in your community by jumping into action as an Urban Air franchisee owner.
Cash Required:
$750,000
Request Info
Added
Learn More
Share This Page