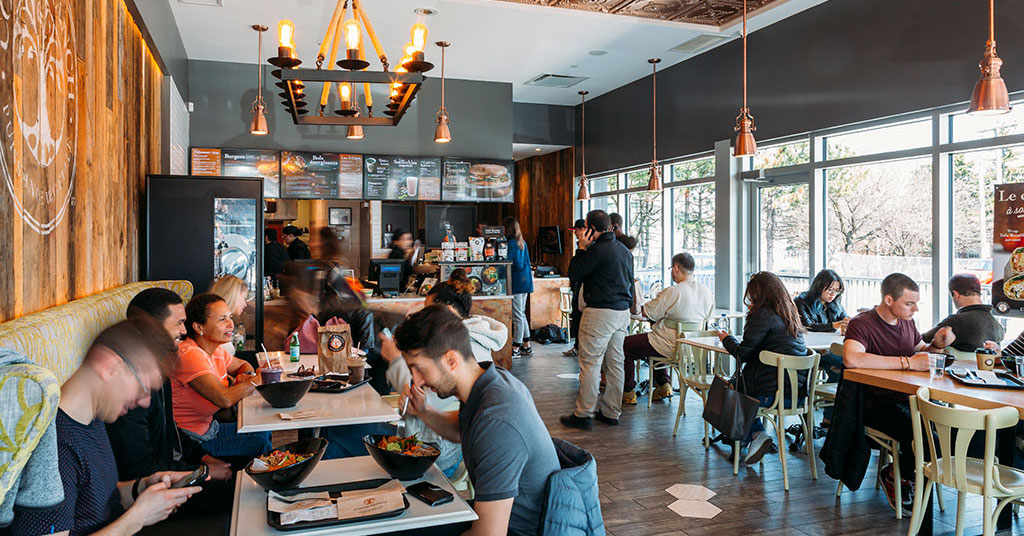 Vegan and vegetarian restaurants are catching on - big-time. From White Castle offering the Impossible Slider at its nearly 400 restaurants nationwide to meat-based stalwarts such as McDonald's introducing the Vegetable Deluxe in the U.K and the McVegan in Sweden and Finland, consumers worldwide are turning away from meat.

In the U.S., a survey conducted by researchers at the Johns Hopkins Center for a Livable Future, found that two of every three participants reported they were eating less of at least one kind of meat. The survey, published in the journal Public Health Nutrition, was based on interviews with 1,112 U.S. adults 18 and older. Published this past July, the research was conducted 3 years ago - well before today's rise in non-meat-based options and consumer preferences.

Now Copper Branch, a 30-unit Canadian franchise, is taking its 100% plant-based concept to the U.S., starting this November in New York City's Soho/Greenwich Village area. The first Copper Branch opened in 2014 in downtown Montreal. Today the company has announced plans to expand by 80 additional locations by 2019, and to 150 global locations by 2020.

Copper Branch CEO Rio Infantino, in a prepared statement, said the brand is attracting a mix of consumers, and will appeal to a broader consumer base than vegans, vegetarians, and flexitarians.

"We estimate that the vast majority of our customers simply want to eat real food that tastes great. That is why serving great tasting, chef-inspired power foods is the key to our success," said Infantino. "New York City was a clear choice for our first U.S. location as it provides great visibility for the brand and is one of the world's most recognized active and forward-thinking cities."

With more than 30 locations open, the fast casual brand is looking to expand internationally through franchising and is seeking franchisees and area developers.

Fit Body Boot Camp
Fit Body Boot Camp's gym franchise opportunity is the most affordable, low-cost, profitable, fitness franchise that's easy to own and operate.
Ace Hardware
Ace is #1 for convenience hardware! You pay no royalty fees. Instead, Ace pays you a year-end rebate based on your annual purchases. Enjoy the...
Kona Ice
It’s time for a fresh start. Join Kona Ice! Low investment, fastest growing with over 1,300 franchises in 12 years, #1 in franchisee satisfaction...
FYZICAL Therapy & Balance Centers
$1M+ Avg. Revenue per Location. No medical experience necessary. Manage the manager franchise. Comprehensive training and support. Unique business...
BrewDog
THE FASTEST GROWING BREWERY IN AMERICA IS building more brew pubs and franchising throughout the US. BrewDog is a great investment that offers...
Share This Page