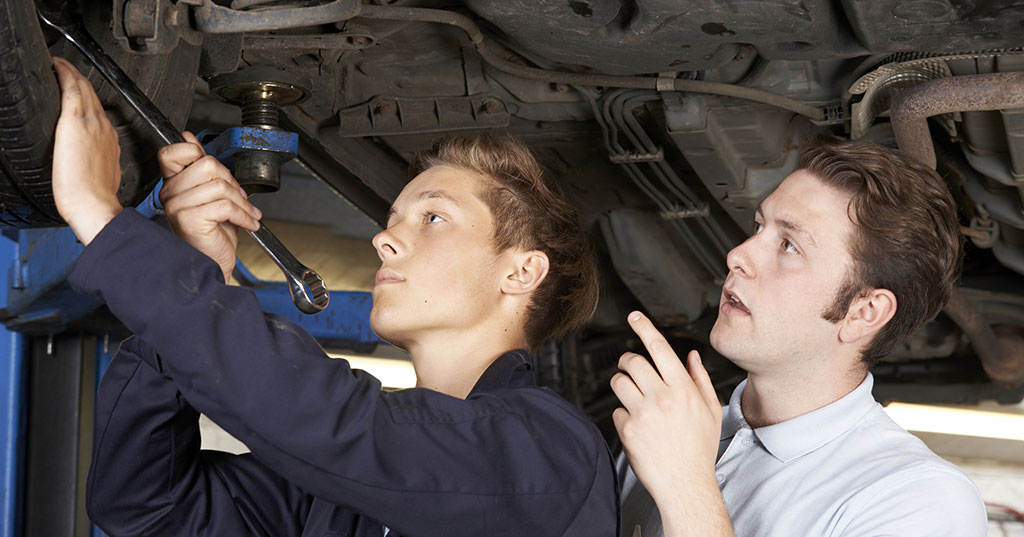 This past June, the White House announced a program intended to widen the scope of the government's apprenticeship and skills training programs. According to news reports at the time, a senior White House official said that third-party entities such as companies, unions, and trade associations would be tasked with establishing specific criteria in their industries for these training programs. The Department of Labor (DOL) would then consider them for approval. The DOL also announced the formation of the Task Force on Apprenticeship Expansion to solicit additional input from the private sector on skills training.

In September, the Bureau of Labor Statistics reported a record high 6.2 million positions went unfilled as of July 31. While overall unemployment is low by historical standards, for unskilled labor it is still high. The rising number of job openings suggests structural challenges beneath the cyclically improving labor market. Simply put, we have a skills gap and not solving that gap has long-term political, economic, and social consequences.

In the U.S., we are predominately a service-based economy. What sorts of skills training would open the door for unskilled people to qualify for, or at least get onto the first rung of, skilled positions? I'm not an employment expert, but as an employer I can offer a list of some of the more obvious non-technical soft skills we look for when hiring in service industries:

A significant component of the administration's proposed solution to the jobs gap is to emphasize experiential learning through apprenticeship programs. The concept of experiential learning is an answer to this mismatch between workforce demand and workforce supply, Secretary of Labor Alexander Acosta said in June: "I think if we get this right, we are going to do so much for the American worker."

I'm sure the administration would like to show that a million people benefited from its apprenticeship initiatives. But here's the punch line: the franchise business model does this every year.

Today there are nearly 8 million people employed by 750,000 businesses using the franchise business model. A reasonable estimate is that at least 1 million people a year are given the very experiential learning that Secretary Acosta is seeking to provide in service industry jobs. Go back and look at the list of soft skills I listed. Every one of them is built into the training programs required for the successful execution of the franchise business model.

Last year's IFA Chair Aziz Hashim pushed to "change the narrative" during his term. He articulately described the upward mobility of the franchise business model, where an unskilled minimum-wage employee can rise to become a manager and even a business owner. The model provides the path. It just takes employee initiative. However, the emphasis was on the upward mobility, which is terrific and real, but that involves only a small subset of the millions of franchise employees.

Hidden in plain sight was one of the strongest attributes of the entire franchise business model: skills development for every employee who walks in the door. In that context, the more people franchising touches, for however long they stay, the better it is for the economy. Franchising provides the vital first career-rung skills missing for so many Americans today.

A Tale of Two Loyalties
5 Trends That Will Shape Employee Work-Life Balance in 2023
Sponsored
Top Dog
Survey Says Guests Will Crave Connection, Value, and Convenience in 2023
Autumn and Franchise Development Are in the Air!
Why the Pet Industry Is a Recession-Resistant Franchise Sector

NerdsToGo
Build a Future with the Computer Service Industry Pioneers. NerdsToGo is paving the way as innovators, entrepreneurs, franchisees, and successful...
Cash Required:
$70,000
Request Info
Added
Learn More
Jackson Hewitt Tax Service
Get more than 35 years of experience behind you and the opportunity for years of success ahead of you as a Jackson Hewitt franchise owner. Our...
Cash Required:
$50,000
Request Info
Added
Learn More
Share This Page