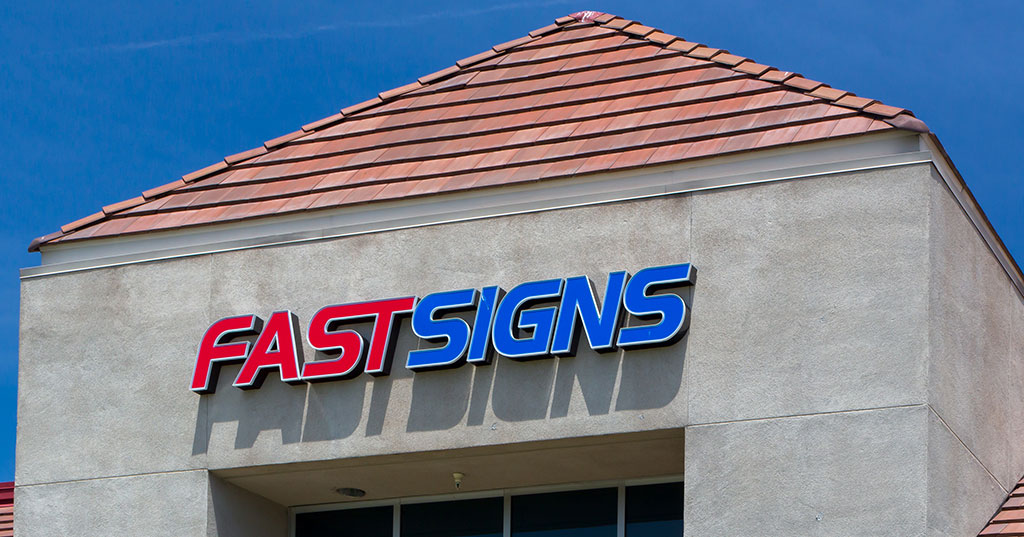 As 2019 wound to a close, Fastsigns capped off a year of "exceptional results" with the announcement that it had signed a master franchise agreement to open 12 centers in France and Monaco over the next 3 years.

Jean-Marc Tabel, a Parisian entrepreneur, will lead the brand's development in France, beginning with the first center, which opened at 227 Boulevard Raspail in the 14th arrondissement of Paris. Tabel has more than 40 years of experience developing awnings, store decor, and printed materials.

"Throughout France, there are numerous privately owned businesses that need marketing and branding services, and Fastsigns is surely the most advanced franchise opportunity in its industry," said Tabel in a prepared statement.

Internationally, Fastsigns opened its first locations in Chile and Malta and signed a master franchise agreement to develop centers in the Dominican Republic. Future targets for international expansion include Quebec, New Zealand, and Brazil, as well as countries in North Africa, Southwest Asia, Latin America, and Europe.

"We are thrilled to add France and Monaco to Fastsigns' global footprint as we continue to target growth throughout Western Europe," said Mark Jameson, the brand's executive vice president of franchise support and development. "Our success in France will play an important role in further proving the strength of the Fastsigns business model internationally, particularly in major cities throughout Europe and around the world."

Fastsigns, which celebrates its 35th anniversary in 2020, has more than 700 independently owned and operated centers in 10 countries including the United States, Canada, Chile, England, Grand Cayman, Puerto Rico, the United Arab Emirates, Malta, Spain, and Australia (where centers operate as Signwave). And now France, with Monaco to come.

Taco John's
Grab Hold of the Bold with the legacy brand that is backed by 50+ years of experience, a fresh look and feel, and outstanding menu innovation, all...
Hand & Stone Massage and Facial Spa
If you're ready to take control of your future and join a growing industry, learn more about Hand & Stone's spa franchise opportunity.
Dogdrop
Why open a dog daycare franchise with Dogdrop? Dogdrop is a modern brand that is technology-focused, offers unparalleled support as well as ease of...
PetWellClinic
PetWellClinic is a walk-in veterinary clinic offering basic health and wellness services to dogs and cats. PetWellClinic is the first vet clinic...
Twin Peaks
At Twin Peaks, expect to enjoy scratch-made food, sports on TVs from every angle, frosty 29° beers, and the fun and friendly Twin Peaks Girls....
Share This Page