Healthy Choices?: Franchisees Have Only 6 Months to Comply with the ACA
Company Added
Company Removed
Apply to Request List
0

Healthy Choices?: Franchisees Have Only 6 Months to Comply with the ACA 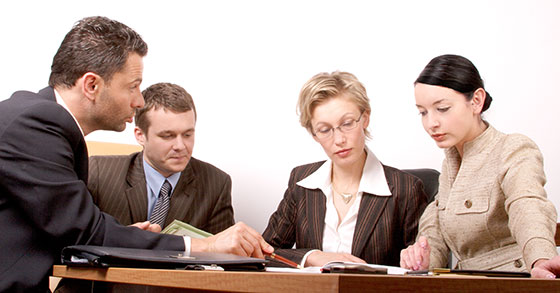 It's mid-2014 and nearly every American is required by the government to have health insurance coverage as outlined under the Affordable Care Act (ACA). However, multi-unit franchisees, who have been anxiously tracking the ACA, were granted a temporary reprieve and are not required to offer full-time employees insurance coverage until January 1, 2015.

But that's not stopping some franchisees from taking a proactive approach, offering their full-time employees coverage now. Others are taking a wait-until-it's-required approach. They both have compelling reasons.

The ACA was passed on March 23, 2010, upheld by the Supreme Court in 2012, and has been through more than 50 votes in the House to repeal, change, or otherwise weaken it.

So far, there have been two employer mandate delays from the Obama administration in implementing the law. The first occurred last July and delayed the employer mandate by one year for all businesses. The second came this past February, when the administration announced that the deadline for "mid-sized" companies (those with 50 to 99 full-time equivalent (FTE) employees) to comply with the law's requirements had been extended to 2016.

The administration also announced that "large" companies (100+ FTEs) must offer "minimal" and "affordable" insurance to at least 70 percent of their full-time (30+ hours) workforce starting in 2015, increasing to 95 percent in 2016; these companies will have until 2016 to add coverage for the additional 25 percent. By most accounts, this latest announcement was made to phase in the employer mandate and minimize labor market disruption. Businesses that employ fewer than 50 FTEs have no obligation under the law to provide health insurance coverage.

Certain "small" businesses (fewer than 25 FTEs with average wages below $50,000) may be eligible to receive the small-business healthcare tax credit. To qualify, employers must contribute at least 50 percent toward full-time employees' health insurance premiums. Businesses that meet these qualifications will be required to apply for the tax credit on IRS Form 8941 when filing returns for the business.

For employers with more than 200 employees, the ACA will eventually require automatic enrollment for all new, eligible employees. However, any employee who does not want to be covered can opt out.

Beyond the complexities of implementing the law are the strategic business decisions many franchisees must face. One result is that some franchisees are having second thoughts on any expansion plans in the near future. Others are cutting back on full-timers and hours to reduce the number of FTEs the law requires them to cover.

We asked three franchise operators with dozens of units and one franchisor with 31 company-operated units what they're thinking about the new law, how they're dealing with its requirements, and how--and when--they plan to provide health insurance options to their employees.

Like any successful business owner, Dawn Lafreeda understands the importance of a healthy workforce. Although Lafreeda sees the value in providing healthcare insurance to her employees, the cost of implementing the ACA is not lost on her. The San Antonio-based operator has 75 Denny's locations across several states and more than 2,500 employees (35 percent full-time), so the stakes are high.

"I believe insurance coverage is important and should be made available to everyone. I just do not believe it is affordable for employers under the current ACA plan," she says. "Cost is the biggest drawback. No significant laws have been passed with ACA to reduce the rising cost of healthcare." Further complicating things, Lafreeda says, she has no idea how many of her employees will choose to take the coverage under the new law--and thus, what her costs will be in 2015.

Lafreeda has been offering health insurance to her employees for years. She says the plan is an affordable "mini med" plan offered for $22 per pay period. "Employees may choose to buy up and get better coverage, but the plan starts at a fairly affordable rate," she says. But here's the kicker: under the ACA, the anticipated cost for an employee to take the plan, which includes "credible coverage," will cost around $400 a month or $185 per pay period based on a 26-week pay schedule.

"There's going to be less flexibility on the type of coverage or type of plan we can offer," she says. "It also appears that we have fewer options to choose from. For example, only three companies would quote our business this year, a decline from previous years."

Lafreeda says she is closely monitoring changes in healthcare costs, employee interests, and any further changes in the law--and is relying on insurance companies, brokers, attorneys, and accountants to gather the facts and help her prepare for the law's mandates. No business owner, she says, should wait until the last minute to try to implement and comply with the ACA.

Firehouse Subs CEO Don Fox says the company is the largest operator in their system, currently operating 31 restaurants in Florida. Fox has taken the ACA seriously and worked to stay atop all its developments. "Given our status within our system of 771 restaurants," he says, "I have long believed that it is incumbent upon us to lead by example when it comes to the Affordable Care Act."

Fox says that despite the early uncertainty surrounding the ACA in autumn 2012, the brand decided then that it would offer health insurance to its full-time hourly employees, effective in 2014, despite the one-year delay.

"We moved forward with implementation this past January," he says. "We put together a detailed implementation plan that included the establishment of new job descriptions and scheduling protocols for our full-time and part-time team members." He says the new systems were tested in 2013 before they incorporated the insurance component.

During the first part of 2013, he says, the brand ran seminars to inform its franchisees of the steps they were taking, to share best practices, and to provide as much information as possible to enhance their franchisees' ability to make good decisions about the upcoming requirements.

Fox says the brand does not conduct a census of its franchisees about the benefits they offer, so he's not sure how many already offer health insurance. However, he is confident that the brand has made all the appropriate information available to its franchisees and employees to help them make informed choices.

"Our rollout of insurance to our hourly employees has already produced a wealth of knowledge that will benefit our franchise community when it comes time for them to make critical decisions about the ACA for 2015," says Fox. "We have approximately 20 franchisees who will be considered 'large' employers, and they certainly face the highest degree of challenge." He remains confident that the brand's efforts to blaze the trail will enhance decision-making throughout the system.

Barr has been closely following the ACA and has been active in explaining its effects on small businesses, specifically in the restaurant sector. In that time, he's met with senators, congressmen, and, most recently, White House and Treasury officials to discuss the impact of the ACA on restaurant jobs.

When it comes to taking action in his restaurants, however, Barr has taken a more measured approach than Fox. "My thesis is different in that I did not implement the ACA provisions early," he says. "I do not believe that for the extra cost that I will get a reduction in employee turnover or productivity." His plan is not to implement until required by law.

"I do not believe there will be as significant a cost to most QSR chains as first anticipated because the employees will not be signing up for it," he says. "I say that because they will still not find it affordable, even though the government says 9.5 percent of wages is affordable."

One franchisee we interviewed for this story was willing to talk only off the record. That's because his attorney advised him there are lawyers on the prowl across the country seeking businesses they can file class action lawsuits against, claiming that some business operators are cutting employee hours to get around the requirement to cover them under the ACA. Ironically, while this franchisee is providing healthcare insurance above and beyond what the law requires, he still is concerned that he could become the target of a spurious lawsuit.

The way this multi-unit operator sees it, every franchisee has the opportunity to provide health insurance coverage for employees working more than 30 hours a week and encourage those working under 30 hours to seek coverage under the ACA.

This franchisee has more than two dozen units in multiple brands and has always relied on primarily part-time employees with the exception of his managers, cooks, and dining room supervisors. He says his full-time managers have always had health insurance coverage--and it's the same plan he is on. But where he used to offer a very basic insurance plan for everyone else, he is now offering a major medical plan to his full-time employees.

"My insurance costs have gone up because I am now covering more people," he says, "but not all of them have taken the plan."

Meanwhile, his part-timers can now go to the ACA insurance exchange and get much better insurance coverage than they were able to get before the law. "Most of our crew members work less than 30 hours a week so they all qualified for insurance on the exchange," he says. Under the ACA, more than 50 percent of his hourly workers now have health insurance.

In fact, this franchisee worked closely with an insurance broker, who conducted one-on-one meetings with every employee at all his restaurants to determine what they qualified for--an approach he recommends to other franchisees.

Today, his company plan covers up to three full-time managers and two cooks per store. He subsidizes 75 to 80 percent of the cost of this insurance, which costs each employee about $150 a month. "We cover about 150 employees this way," he says.

An additional 500 part-time crew members are covered through the exchange, he says, while another 25 or so employees are covered by Medicaid or the VA. In total, he says, more than 55 percent of his workforce is covered with major medical insurance (based on a total workforce of 1,200).

"There are 500 people who work for me who did not have insurance coverage before the ACA that now do have coverage," he says.

At April's Multi-Unit Franchising Conference in Las Vegas, Jeff Lungren, director of congressional and public affairs for the U.S. Chamber of Commerce, spoke on the expected impact of the ACA employer mandate on businesses large and small.

"The law is here to stay, glaring warts and all," he said. There could still be some minor changes but since the law is not going away, businesses should learn all they can and be prepared to comply. Among the information Lungren presented were these findings from a Chamber/IFA survey conducted late last year:

Rita’s Italian Ice
When guests walk into a Rita’s Italian Ice, they know they are in for a treat. Bright smiles and bright colors greet them, along with a...
Cash Required:
$100,000
Request Info
Added
Learn More
The Bar Method
Demand for The Bar Method continues to grow as more people discover the benefits of a barre-based workout and feel the empowerment after each...
Cash Required:
$125,000
Request Info
Added
Learn More
Share This Page