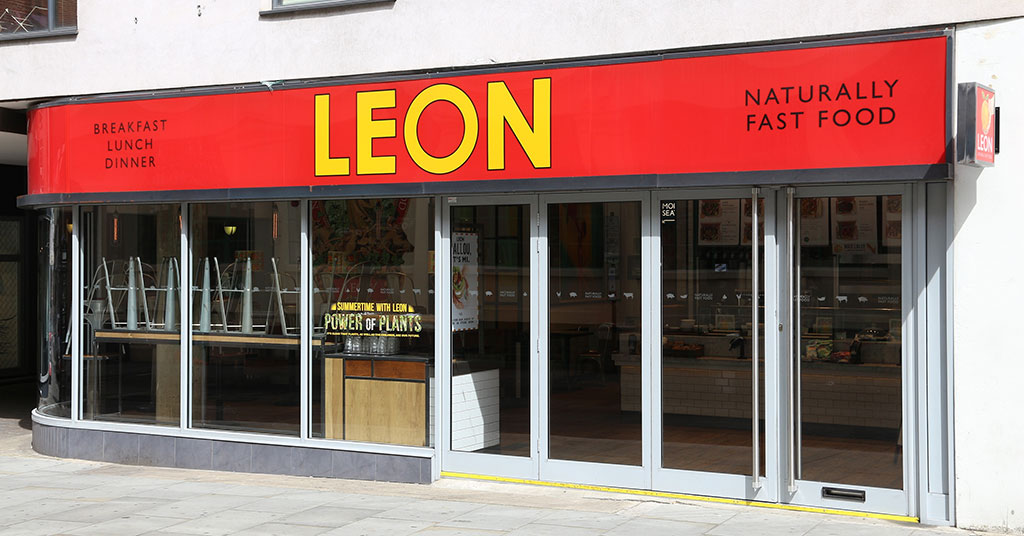 In a recent article in Adweek, staff writer Diana Pearl took a look at Leon, a 15-year-old British healthy fast-food brand that is making inroads into the U.S. following its expansion into three other countries.

Featuring a discussion with brand founder and CEO John Vincent, the article included his thoughts on lessons he's learned since the company entered the U.S. in September 2018 in Washington, D.C.; his motivation to found the brand; and what the future looks like for Leon globally, including making the U.S. a top priority.

With 73 total locations worldwide - 60 in the U.K, 10 in the rest of Europe (Norway, the Netherlands, and Ireland), and 3 in the U.S. - Leon is handling its entry into the U.S. at the corporate level, rather than through franchising.

"Going into America, we understand that we need to learn, to be more nimble and agile," he said in the article. "If it was a franchise, we would be divorced from it." Establishing an office in the U.S. enables the brand to make changes more quickly to adapt to local preferences, he said.

Vincent told Adweek that the company chose Washington, D.C., because of its history as the birthplace of chains like Sweetgreen and Cava, providing "precedent for it being a place where you could export the brand to other cities."

Vincent said he's a fan of fast food and grew up enjoying his forays to Burger King and McDonald's. Yet in 2004, he started Leon, a restaurant "to make the food that would exist if fast food existed in heaven," he said in the article. The brand's tagline, "Naturally Fast Food," includes an international mélange of items such as gluten-free chicken nuggets, baked fries, a chargrilled aioli chicken wrap, lentil masala, Brazilian black bean, Moroccan meatballs hot box, crushed pea salad, and mince pie. Other highlights from the article include:

For more from Vincent about Leon's future in the U.S. - from recognizing a gap in the fast food sector for "naturally fast food" to the U.S. cities the brand is considering entering next, read the full article here.

Woof Gang Bakery
With more than 200 locations open or under development, Woof Gang offers best in class grooming, and a unique retail experience; our gourmet treats...
Pizza Factory
Pizza Factory houses hardworking owners, family-friendly dining and high-quality products. Restaurant design options include a Pizza Factory Express...
Waxing The City
As the personal care movement continues to develop and more people recognize the benefits of a regular self-care routine, the demand for Waxing the...
QDOBA Mexican Eats®
The #1 fast casual Mexican franchise in the industry offering flexible formats with ample white space to grow.
Sky Zone
Sky Zone created the world’s first wall-to-wall trampoline park in 2004, bringing high-flying fun to guests across the globe. Now you can be...
Share This Page