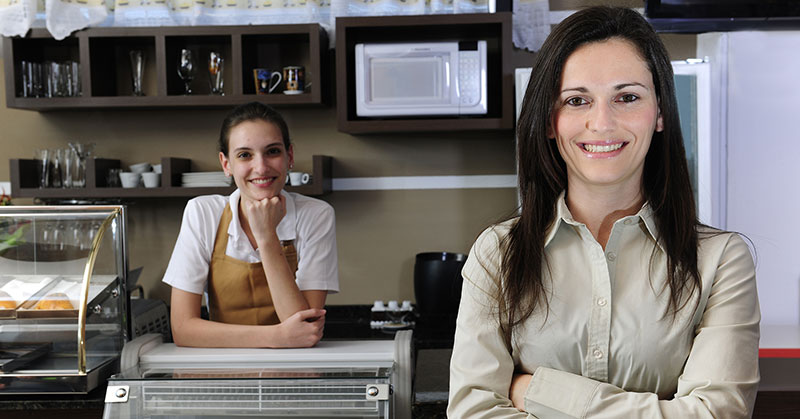 It seems we read about more and more franchise acquisitions every day, where one franchisee becomes larger by purchasing another. Franchisees seem to be growing ever greater in size, with fewer small franchisees in the marketplace. Is this really what's happening? And if so, why?

1) The franchise model. Franchising, created as a way for capital-intensive, multi-unit businesses to rapidly expand their reach, has been a common business practice for more than 50 years now. In that time it has provided a great opportunity for entrepreneurs seeking to operate an independent business, but not the risk associated with creating their own concept. The franchise model was perfect: operators were equipped with a formulated method to successfully operate and market their business and were able to own and run their own companies. Initially, most franchises were sold to individuals on a location-by-location basis. Larger territories were granted in some instances, but most franchisors elected to expand their concepts with single-location franchisees.

2) Evolution of the franchise model. As franchise concepts demonstrated success and became increasingly accepted as mainstream, it created a greater demand for more locations. Not only did this mean more franchisees were needed to maintain a growing franchise system, it also meant existing franchisees wanted to expand their own companies by operating more locations. While the replicable nature of most franchise concepts benefited franchisees by making it simpler to develop and manage additional locations, and the development of better managerial practices allowed operators to focus on more locations, financing remained a limiting factor. Through the early 1980s, many franchisees still relied heavily on personal financial resources and some form of very conservative bank financing to fund their growth. In the mid-1980s, we began to see an evolution of specialty franchise lenders that understood the franchise model and were willing to extend more aggressive levels of financing to facilitate rapid expansion. This was the start of the multi-unit franchise revolution.

3) Franchisee life cycle.
Over the past few decades, many early stage franchisees began contemplating retirement. Many elected to cash in on their years of hard work and enjoy a profitable liquidity event. Others continued to grow, consolidate, and transition to future family generations, but this was not the norm. While the restaurant industry has been growing at an annual rate of 1 to 2 percent, the top 200 restaurant franchisees are growing by close to 20 to 30 percent annually, primarily through acquisitions. The reasons vary, but for many existing franchisees it is some combination of age, desire for retirement liquidity, the capital-intensive nature of operating a business, the constant need to invest in infrastructure and technology, and the overall complexity of running a business in today's environment. Unit-level economics and overall industry dynamics have also created an environment where efficiency through size is a must, making it more challenging for small and mid-sized franchisees to compete with their larger colleagues.

4) Who is becoming larger--and why.
The franchisee groups that are growing dramatically have been able to attract outside equity capital to expand the base of their holdings. Historically, franchisees seeking to expand through acquisition resisted outside investors, instead using their own balance sheet equity, along with higher levels of leverage, to finance their acquisition activity. In many instances, they were "one and done," without enough capital to sustain any meaningful acquisition growth plan. Franchise companies that have seen success with a consistent growth model through acquisition have raised outside equity in sufficient amounts to facilitate their plans without relying solely on the limitations of their own equity and the availability of high leverage.

Why has the franchise segment become attractive to financial investors? For years, professional and institutional financial investors (private equity, family offices, and wealthy investors) were more interested in investing in franchisors rather than franchisees. They sought investments that provided total brand control and offered the possibility of high returns if they selected the right brand. This thinking still exists today, and brand-level investments are still highly sought-after.

However, over the past 15 years we have seen a change in the way investors think about franchisees. At first, it was a small minority of private equity and institutional investors that embraced the notion of a franchisee investment. As interest rates declined and risk tolerance became more of a factor, many early stage professional investors recognized that they could achieve a nice, stable return by investing in a franchisee of a successful brand. With investors starting to desire the premiums of safety and stability from franchisees' consistent cash flows, it became less important to achieve a 30 percent return from every investment. Additionally, the risks were far less than trying to pick the right franchisor, which carried a much higher price of entry. Today we see larger private equity firms participating in the space with names like Apollo, Sentinel, and others investing at the franchisee level. With no shortage of investment capital, we see the trend of investing in franchisee businesses as bright.

5) The future.
So what does this mean for the future of small franchisees? They won't completely disappear from the landscape, but the scenery will change. Many brands, such as service concepts, lend themselves to smaller, independent franchise ownership. These brands will provide the opportunities for future generations to own a small franchise business. Mature concepts and those requiring greater levels of capital and operational sophistication will continue to experience consolidation, with a reduced presence of the smaller franchisee. However, owning your own business remains the dream of many, one that will never cease to exist. As long as the demand is there, franchise opportunities will continue to be available for those looking for independence.

Dean Zuccarello is CEO and founder of The Cypress Group, a privately owned investment bank and advisory services firm focused exclusively on the multi-unit and franchise business for 24 years. He has more than 30 years of financial and transactional experience in mergers, acquisitions, divestitures, strategic planning, and financing in the restaurant industry. Contact him at 303-680-4141 or dzuccarello@cypressgroup.biz.

Understanding China 101 for Western Marketers
India: The Next Big Hot Spot for Global Franchisors?
Sponsored
Best Practices for Higher Ticket Sales
"Canadianization" Is Critical for U.S. Brands To Succeed North of the...
How To Improve Prospect Contact Rates: Get in the (Time) Zone!
Gyroville Lowers Its Franchise Fee from $25,000 to $9,995 and Sales Rise