The Coming Recession: What Lessons Can We Learn In Advance?
Company Added
Company Removed
Apply to Request List
0

The Coming Recession: What Lessons Can We Learn In Advance? 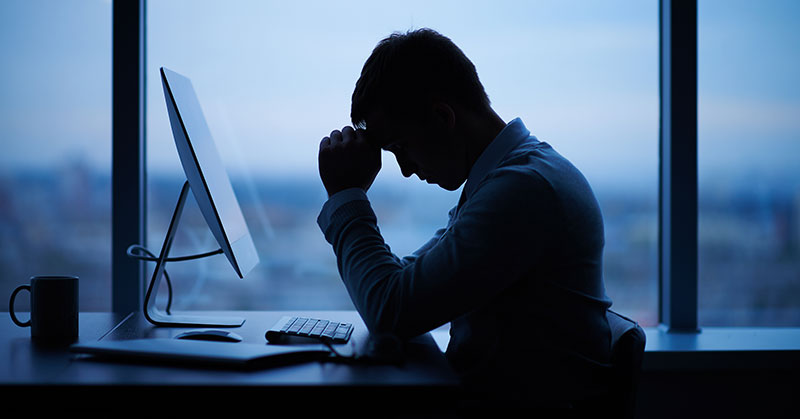 One of the economic truths for the U.S. economy is that we have recessions, and the next one is coming. Maybe not in the next month or even the next year, but it is coming. We have had 11 recessions since WWII and are currently in the second longest-running recovery of those 11 recessions. Time is not on our side.

One of the economic realities from recessions is that we usually end up with permanent changes to our businesses. Often those changes are related to what caused the recession. The last recession was caused by a subprime mortgage crisis that led to a global financial crisis. Financial institutions were permanently affected, with changed capital requirements and a lot more regulatory scrutiny. The result was that lenders changed how they went about assessing risk, including franchise lending risk. A common joke during the run-up to the 2008 recession was that if a prospective franchisee could fog a mirror, they could get financed.

Back then, the general view within lending circles was that franchise financing was low-risk financing, because most lending portfolios in the mid-2000s didn't have much franchise loan stress showing. Lenders made two false assumptions, however. First, when it comes to risk, not all franchise systems are equal. Second, it takes three to five years for the majority of new units to reach full stability. Brands with significant unit growth spurts had not reached system stability in the years just before the downturn. The result of being wrong was a predictable knee-jerk reaction by lenders and a dearth of capital available for franchises in the years following the end of the recession in 2009.

Gradually, lenders addressed the two errors they'd made. They started differentiating franchise brand risk beyond simple but ineffective screening criteria such as: at least 30 franchise units, 5 years of franchising, and SBA loan loss data. (The first two of these didn't define risk at all, and the last was recognized as being based on substantially flawed data.) Lenders gradually tossed these criteria and learned to assess franchise brand as well as borrower credit risk in better ways, which opened the lending gates to brands judged to have lower risk. FRANdata helped this transition with franchise brand FUND ratings and more credit-based risk information available to lenders on the Franchise Registry.

With the lessons learned from the last recession, what are the likely lessons we will learn from the next one? To answer that, let's turn to what likely will cause the next recession. With no looming economic bubbles, it is more likely that the next recession will be driven by consumer confidence dropping. We don't have any industries overheating today, and we aren't in an a state of "irrational exuberance." In fact, this economic recovery is notable for its lack of specific economic drivers other than the Federal Reserve's monetary policy. The Fed's actions did keep the economy growing, but the recovery has been so slow that it seemed like no recovery at all.

This economic recovery is also notable for its lack of productivity growth. Productivity improvement usually comes from capital investment, the absence of which stands out today. There are many reasons, but it's the impact that is important. We drove labor toward full employment, and labor issues became the focus of many state and federal actions. This caught the franchise business model at a bad point in its evolution as the franchisor-franchisee pendulum had swung significantly toward the franchisor. In the interest of protecting the brand--and, in many cases, genuinely seeking to help franchisees become more successful by providing more guidance into their operations--franchisors became vulnerable to attacks on the business model itself. The result was a plethora of state and federal legislative initiatives, as well as regulatory actions, that had direct implications on the franchise business model.

Some in the franchising community may take solace in the probability that the recent election will take pressure off labor-specific issues. However, they will be missing the lessons that the last few years of business model attacks have presented to the franchise community: from the language we use in franchise agreements and operations manuals, to a reassessment of the range of services that franchisors should be responsible for relative to franchisees.

Essentially, the legislative and regulatory challenges we've had to confront in recent years should push us to understand why they occurred, and provide the opportunity to reassess each of the franchisor functional areas that have evolved into what is common practice today. On that point, multi-unit operators should have a significant voice, and that voice should be collective and loud.

In recent years, much of FRANdata's research for franchisors has been around what "best" looks like, and which brands come closest to meeting "best." This requires defining a standard and measuring brands relative to that standard. Following the last recession, we learned how to do that around franchise credit risk. I hope we now can do the same with the aggressive legislative and regulatory problems of recent years. We certainly need to prepare for the next recession. And what better way than to fine-tune operational best practices?