It's Mega Time!: Six Great Stories to Start the Year 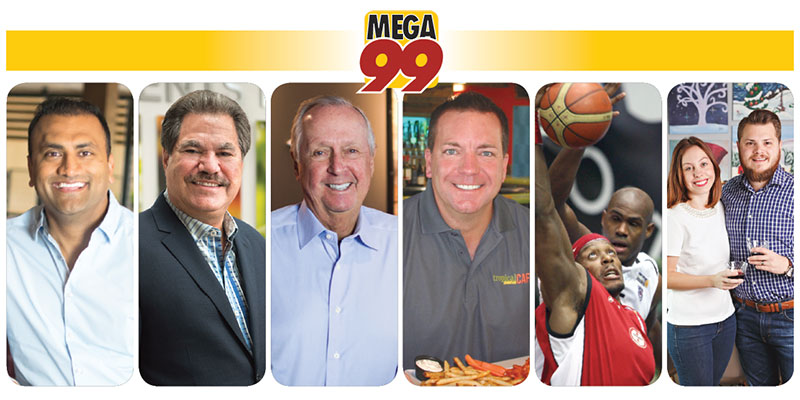 We're starting 2017 in our customary way: with our "Mega 99" list of the largest U.S. franchisees, ranked by total number of units. We also offer six stories of successful multi-unit operators--a half-dozen diverse profiles that highlight both modest and mammoth organizations. Together, they provide a broad spectrum of size, industries, and scope of operations. Perhaps more important, each has been successful in their own way and has a unique story to tell.

Successful franchisees, from mega to mini, must become leaders who know how to make a deal work, hire the right people, and create a dedicated, hard-working team. With the right combination of ingredients, they're able to build and sustain organizations that offer great products and services, serve customers, provide jobs in their communities, and build revenue and royalty streams.

Once again we are privileged to have been granted a peek behind the scenes at six franchisees who have carved their own paths to success. These are highly personal stories of how they've climbed the ladder, overcome obstacles, and grown not only their organizations, but also their employees and themselves. It's rewarding and inspiring for us--and we hope for you--to read their stories, which are far from complete.

Whether you have a single unit or dozens spread across several brands, you're sure to find something interesting, educational, even entertaining in these six stories of hard-driving, successful multi-unit franchisees.

This is our annual Mega 99 issue, so be sure to check out FRANdata's list of the country's largest multi-unit franchisee organizations, ranked by number of units, starting on page 46.

The Real Deal: Life Lessons from a 13-Year-Old
Regulatory Unburdening?: An End to Uncertainty--but What Lies Ahead?
Sponsored
Wait, The Vitamin Shoppe® Awarded How Many Franchises This Summer?
2022 Mega 99 Rankings
Impact of the Pandemic on the Mega 99 Rankings
2020 Mega 99 Rankings

Ace Hardware
Ace is #1 for convenience hardware! You pay no royalty fees. Instead, Ace pays you a year-end rebate based on your annual purchases. Enjoy the...
Cash Required:
$250,000
Learn More
Buddy's Home Furnishings
Buddy’s Home Furnishings is one of the fastest growing rent-to-own franchises in America with a 60+ year legacy of proven success.
Cash Required:
$150,000
Request Info
Added
Learn More
Share This Page