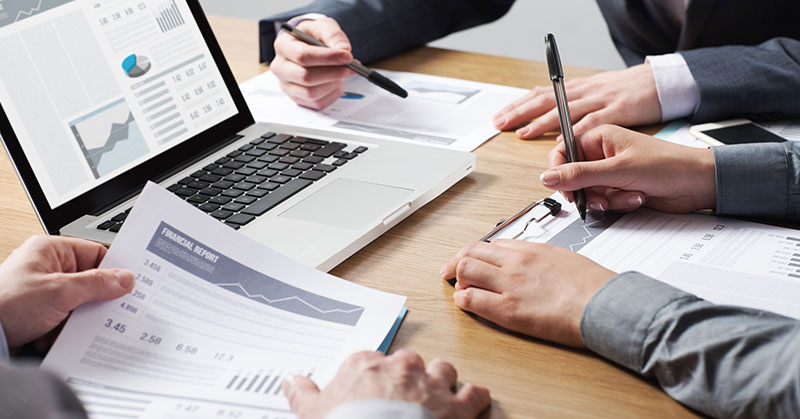 After decades of seemingly inviolable correlations, shifts in markets, demographics, interest rates, and politics suggest that change may be in the offing. Two areas we watch closely to help us assess the macro environment and give us clues about potential secular trend changes are growth and inflation. Within each area, hints are emerging that relationships are shifting, though the ability to predict magnitude and timing remains as elusive as ever.

At Abbot Downing, we use three core models to help us frame the short-, intermediate-, and long-term context within which we construct and rebalance our portfolios. As we are assessing intermediate-term market/economic dynamics, we analyze a variety of factors that relate to various economic growth and inflation regimes. We feel that the recent and expected rates of change, as well as an assessment of what factors may influence these two elements, are more important than the absolute level of either.

For many decades now interest rates trended downward, stocks marched largely upward, the purchasing power of anything undergirded by technology increased rapidly, and Baby Boomer preferences drove economic variables all up and down the supply and consumption chains.

For much of this period, bond coupons were higher than stock dividends, growth was solid, inflation and commodity prices were lower, and recessions--thanks to increasingly active Federal Reserve intervention--were short-lived, further apart, and typically much milder than those in any previous period dating back to the country's founding. Several generations of investors had become so used to this environment that they failed to realize that other backdrops could exist.

Growth and inflation trends have been a bit tougher to analyze in recent years, thanks to the significant intervention orchestrated by global central bankers in the wake of the Great Recession. While this level of assistance was arguably necessary to stave off even more dire consequences, the amount of debt absorbed onto sovereign balance sheets is without precedence--making predicting its ultimate unwinding a virtually impossible task. Then too, the significant lengths these bankers have gone to in order to inject liquidity into the global system have caused an underpricing of risk in most markets and forced inflation to roll through a host of other asset classes.

Recently, the U.S. Federal Reserve signaled a willingness to raise rates sooner than expected. We view this as positive news on several fronts. First, the continued move toward rate normalization after nearly a decade of unprecedented intervention indicates an economy deemed capable of standing on its own. Second, we'd rather see the Fed move pre-emptively than have it get behind the proverbial eight-ball. We think the Fed is onto something: that underlying inflation may well be ticking up more rapidly than many have realized.

Armed with an understanding that "traditional" relationships might be somewhat tainted by central bankers' overt ministrations, a discussion of the general workings of our intermediate-term two-factor model would be helpful. The key philosophy here is that the interplay of rising or falling interest rates relative to rising or falling growth rates creates different environments that are beneficial or detrimental to various sub-asset classes. For example, rising growth with low or falling inflation creates an amenable environment for stock ownership as companies' top-line revenues grow even as margin pressure eases. On the other hand, high growth coupled with high or rising inflation indicates an overheating atmosphere, prompting real asset and non-U.S. investments to hold value more concretely. Among other things, we look at bond spreads to measure economic growth, and changes in currency relationships to measure inflation.

Other factors that can subtly influence growth and inflation considerations over time include demographically inspired changes in consumption habits, both in the U.S. and around the globe. Millennials, for example, represent the single largest segment of both the U.S. population and the working-age population. The largest contingent came of age in the midst of the Great Recession and grew up never knowing a world without cell phones, PCs, Google search, and many other modern technological wonders. Their preferences--for services and experiences versus the accumulation of stuff; for collaboration versus competition in the workplace; for living within their means; for saving versus spending; for sharing versus owning; and for environmental and social responsibility--understandably have both subtle and not-so-subtle influences on "traditional" economic and growth statistics.

Taken all together, we expect that global growth should continue its path of low single-digit progress--though we suspect the composition of that growth will continue to favor services. Inflation, not only in commodities but also in wages and other core inputs, will likely firm, though be partially offset by price reductions and productivity improvements wrought by the continued pace of technological change. We are closely watching inflation factors, however, and the actions of global central bankers, as we suspect markets will react as much to rumor and innuendo as they will to absolute fundamentals.

Carol M. Schleif, CFA, is regional chief investment officer at Abbott Downing, a Wells Fargo business that provides products and services through Wells Fargo Bank and its affiliates and subsidiaries. She welcomes questions and comments at carol.schleif@abbotdowning.com.