In an episode of "The Simpsons," Lisa tells her dad that the Chinese use the same word for both "crisis" and "opportunity"--to which Homer replies, "Yes! Crisitunity!" While many Chinese language experts dispute those prime-time linguistics, I think Homer is onto something.

From a macro standpoint, we're in the midst of massive change everywhere. Laws are being rewritten, regimes are being upended, new technologies are displacing the old, and societal norms reworked at a dizzying pace--much like the systemic shocks induced by such events as the invention of the printing press around 1440, or the driving of the Golden Spike in 1869 that connected West to East through the Transcontinental Railroad.

But in those changes as well as those we face today, opportunities abound. Remember that such torrid growth didn't happen seamlessly. It's a story that involved the financing of countless start-ups. A few made it. Most did not. Sources of capital were created and then dried up. New rules were written as profit-seeking investors, speculators, and financiers moved quickly to gain advantage. Then regulators came in afterward to clean up abuses in the boom and bust. Rinse. Cycle. Repeat.

So what's an investor to do at inflection points that are, by nature, murky, unpredictable, and uncomfortable? First, remember that volatility isn't the same thing as risk. Stocks rise and fall, but companies keep selling things--generating cash flow and paying dividends.

Technologies, trends, laws, and politicians come and go while some companies and industries flourish as others fade. In short, no matter how we feel about it, the world marches on... and on... and on. The choice? Sit on the sidelines and watch, or steel your stomach and figure out where the opportunities amidst the "crisis" may lie. Several opportunities come to mind.

These are only a few of many opportunities and don't even include what would happen if businesses reported by the Wall Street Journal to be sitting on a whopping $1 trillion in cash would come off the sidelines and start spending again. Pretty typical Wall Street stuff, I know, but nearly 30 years in the business have taught me to think broadly, act nimbly, expect the unexpected--and, as Homer Simpson reminds us, to look for Crisitunity!

Coffee with a Kick: 30 years of building a following
Why an 'Organizational Playbook' Should be More Than a Casual Covenant
Sponsored
Why You Should STOP Reading Trends in Franchise Marketing
Expert Witness: Lessons from a litigation expert
At Goldfish Swim School It's All About People and Team
Service Brands Continue To Expand in Early 2023 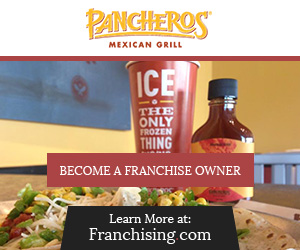