Anytime Fitness Set To Open Aboard an Antarctica-Based Cruise Ship 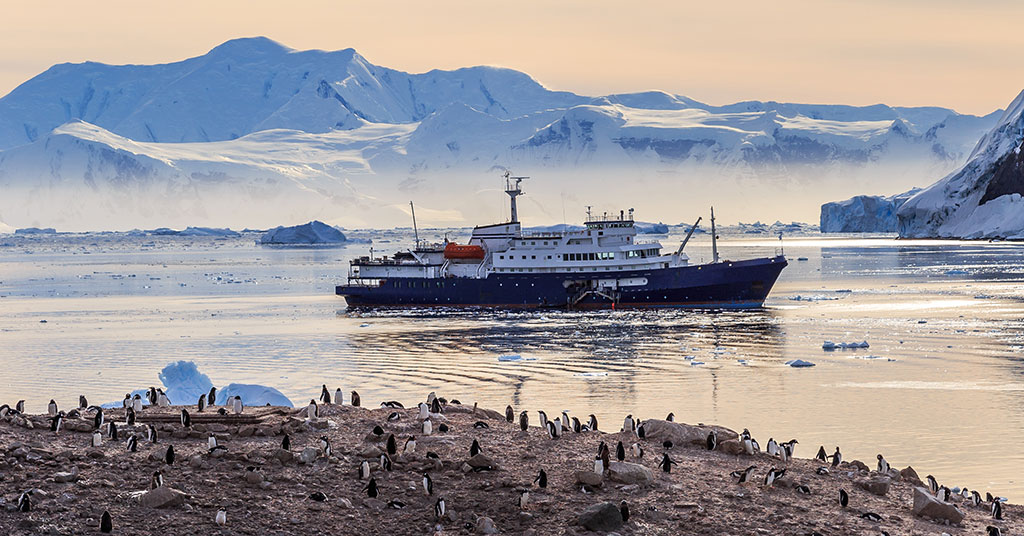 Come November, Anytime Fitness says it will be the world's first health club operating on all 7 continents. The brand has partnered with a Chilean tourism agency, Antarctica21, to open a seasonal club aboard the agency's newest cruise ship, the Magellan Explorer.

The 300-foot ship will be in service November through March, during the Southern Hemisphere's summer months, and be based off King George Island, the largest of the South Shetland Islands, about 75 miles from mainland Antarctica in the Southern Ocean. According to an article in the Observer, Antarctica21 is using a Chilean airstrip on King George Island that will allow travelers to fly directly to Antarctica, instead of toughing out a rough, 50-hour ocean journey.

With more than 4,000 gyms worldwide, Anytime Fitness apparently is not shy about its BHAGs (Big Hairy Audacious Goals). In an interview with co-founder and CEO Chuck Runyon in the Observer, he acknowledged that the company is interested in opening a workout center on the ocean floor, enclosed within a glass compartment.

And as the old saying goes, "But wait, there's more!" According to the article, a company spokesman indicated that discussions with several private rocket operators are under way... for an Anytime Fitness in orbit.( Details about exercising in a gravity-free environment were not disclosed at this time.)

Anytime Fitness also announced that it now has nearly 4 million members in more than 30 countries, and last October celebrated its 1 billionth gym visit.

For more details, such as how to get there what it costs, see the article in the Observer.

The Joint Corp.
The Joint® Chiropractic is reinventing chiropractic care. Our vision is to become the largest, most respected provider of chiropractic services...
UBreakiFix
uBreakiFix is a consumer electronics repair company based out of Orlando, FL that specializes in refurbishing and restoring smartphones, tablets,...
American Family Care
With more than 270 active locations in 29 states and dozens more in development, American Family Care is America’s #1 Urgent Care Franchise.
Checkers Drive-In Restaurants
Checkers Drive-In restaurant franchises are small but efficient making our restaurants easy to operate and typically reduced overhead costs.
The Bar Method
Demand for The Bar Method continues to grow as more people discover the benefits of a barre-based workout and feel the empowerment after each...
Share This Page