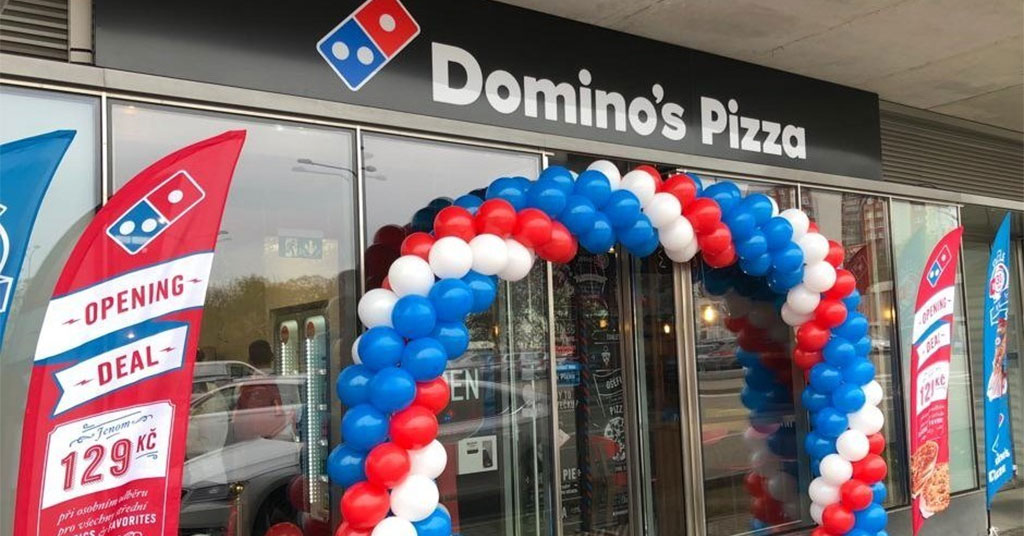 Domino's Pizza, which operates in more than 85 markets worldwide and earns more than half of its global retail sales from international stores, has opened its first restaurant in the Czech Republic, in Brno. With a population of about 800,000, Brno is the country's third-largest city after Prague and Ostrava.

The master franchisee is Daufood Czech Republic. "I am so proud of the team that helped bring the global Domino's brand to the Czech Republic," said Jose Marti, CEO of Daufood in the announcement.

The first location is in the Vinohrady area of Brno, and features the brand's new pizza theater design. A second location will be opening in Brno's city center, with additional locations planned for next year.

According to export.gov - the part of the U.S. Department of Commerce's International Trade Administration that helps U.S. companies with international sales - the Czech Republic is a good place to consider for global expansion by U.S. franchise brands:

"Franchising has become a well-known, successful, and popular concept in the Czech market and is poised for further growth. After a rather moderate start in the 1990s, franchising grew rapidly, especially after the Czech Republic's accession to the EU in 2004. Czechs have seen the success of the foreign franchising systems and have started to establish domestic franchising concepts and to expand abroad.

"According to the portal Franchising.cz (not available in English), in 2017 there were more than 260 fully functional franchised brands and 30 new brands about to be launched in the Czech Republic. It is expected that the total number of international and Czech brands will reach 300 by 2020. In 2017, the number of foreign brands was estimated to be 98, which represented a 27 percent market share. The Czech market for food franchises dominates with 15 percent of the market, but it has slowed down and other franchise opportunities are expected to grow in the future. The Czech legal system places no barriers to entry and operation of a franchise."

In on the Ground Floor? Evaluating an emerging franchisor's potential
Service Brands Continue To Grow in Q2 2022
Sponsored
Cannabis: The $25B Industry Is the Freshest Concept in Franchising
Identifying Your 'Why' Will Help Get You Where You Want To Go
Building Your Infrastructure For Growth
Blueprint for Growth, Part 2: Expand your range of products or services

American Freight
American Freight is the leader in providing quality furniture, mattresses and appliances at everyday low prices. This franchise opportunity is...
Smoothie King
Blend opportunity with success and join the nation’s #1 health and fitness smoothie brand today!
Liberty Tax Service
Discover opportunities with Liberty Tax. As one of the nation’s largest and fastest-growing tax preparation companies, there are tremendous...
GYMGUYZ
GYMGUYZ is #1 in Home Personal Training. We are disrupting the fitness industry by bringing the workout to you!
Bonchon
Bonchon is an internationally recognized Korean Fried Chicken concept. Bonchon means “my hometown” in Korean, and represents our...
Share This Page