Mega Zees: 7 franchisee superheroes Tell How They Did It 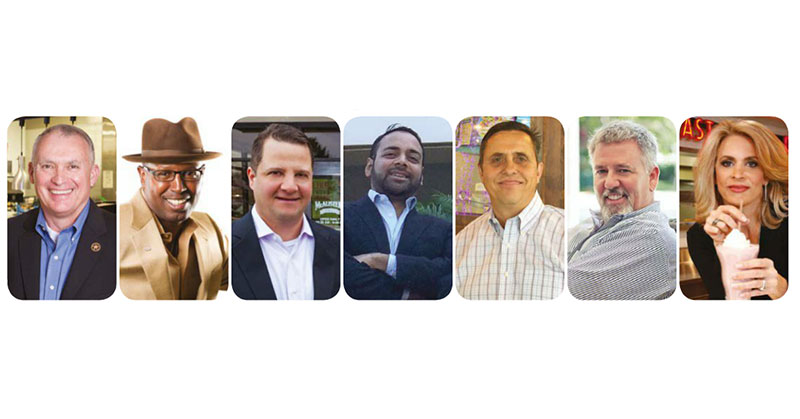 We kick off 2016 with our annual Mega 99 issue: a list of the largest U.S. franchisees ranked by total number of units--along with 7 profiles of multi-unit mega-operators. For the profiles we've identified movers and shakers who have gone big, whether by revenue or by number of brands, units, or locations--or by all of these signs of franchising success. These truly are franchisees who don't settle for less.

Going big takes a certain kind of drive and initiative, as well as a nose for deals, leadership skills, business savvy, and perhaps a dash of good fortune. Few actually make it, and the ones who do have invested blood, sweat equity, and sleepless nights to get there--building their success on the four pillars of strong brands, passionate teams, dedicated employees, and loyal customers.

Each year we discover women and men with unique stories that have led them to their mega status. This year is no different. Regardless of their journey, each of these mega-zees has a riveting personal story that began as a crew member, waiting tables, or working summers in the family business--and, for one, playing in the NFL. Still full of hopes and dreams, they've experienced the highs and lows of wins and losses and faced painful setbacks as well as triumphant successes.

We've also "reconnected" with mega-operators John Metz and Dawn Lafreeda, who both have been on the move since we last profiled them.

No matter their background, experience, and training, there are always inspiring stories behind mega-successful franchise operators. Whether you have a single unit or dozens spread across several brands, you're sure to find something interesting, educational, even entertaining in these seven stories of multi-unit franchisees.

And, as usual in our annual Mega 99 issue, we've included a list of the country's largest multi-unit franchisee organizations, ranked by number of units. (Thanks, FRANdata!)

Robeks Corporation
Robeks is the preeminent leader in the juice, smoothie, and bowl category for over 25 years. With over 100 locations open and in development across...
Cash Required:
$100,000
Request Info
Added
Learn More
Premier Martial Arts
Premier Martial Arts is excited to help entrepreneurs with a passion for martial arts become a meaningful part of their community.
Cash Required:
$100,000
Request Info
Added
Learn More
Share This Page