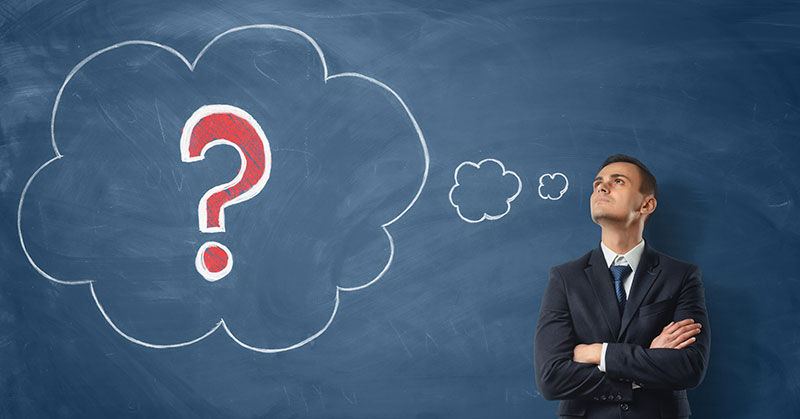 Will 2018 be a year for optimism, pessimism, or anxiety? Every year has its opportunities and challenges. The question is how the balance shifts from year to year. I find 2017 to be fairly predictable with the balance, at least from a business perspective, clearly shifted toward a tailwind, although not as strong as some had expected (and most of us had hoped). However, I try to provide a longer forecast horizon because most of you are making strategic, not tactical decisions. With that in mind, let's try on each hat--optimistic, pessimistic, and anxious--and see how it looks.

• Optimist. With an optimistic hat on, the franchise business community is feeling pretty good right now. Many of the issues of most concern, notably the ACA and some of the rules from the Labor Department, are in the process of being reconsidered by a Republican Congress and White House. Add the possibility of tax reform and increased infrastructure spending in a low interest-rate environment and the picture for 2018 looks rosy indeed.

• Pessimist. The pessimistic hat looks pretty good as well and, as is typically the case, has more points to consider. We are near full employment. Labor shortages, especially in more skilled positions, are becoming more problematic for employers to fill, exacerbated by immigration policy rhetoric. We are in the second-longest economic expansion in the post-WWII era, exceeded only by the technology-driven 1991-2001 period. All eleven expansions had several things in common, the most significant being is that they all ended. Some ended with dramatic events, like the bursting of the dotcom and real estate bubbles. Others just ran out of energy, which is more likely the path we currently are on. For most of this long expansion growth has been anemic. It won't take much of a slowdown for the expansion to reverse course. Recognizing this, lenders are starting to tighten their credit boxes and evaluate credit risks more conservatively.

Even if government stimulus in the form of tax policy and infrastructure spending is enacted, it will take at least a year for the effects to be felt. Pessimists are saying it is unlikely we will see a tax reform debate until late 2017 at the earliest, as healthcare reform is first up and may take the better part of the year to work its way through Congress. If tax reform and changes in infrastructure spending do happen, they are likely to run on somewhat parallel paths. However, the timing of their consideration and likelihood of any substantive change are unlikely to have an economic impact until 2018 or later.

• Anxious. Finally, I will try on the anxiety hat. People in this camp can find many concerns with all of the above, and more. Both the stock and bond markets are sending mixed signals--mostly based on different forecasts of whether (and if so, how quickly) healthcare, tax reform, and infrastructure spending will come about. There are plenty of additional topics for the anxious crowd to consider. After last November's election the Labor Department rulings that most concerned the franchise community appeared headed for quick change. Now it's clear that any changes to these rulings will take time as they move through the regulatory and court processes. What's far less clear today is just how much they may change.

No anxiety assessment is complete without considering world events. It's not hard to argue that the world has become a little less safe in the past year. Country risks in many parts of the globe are rising. Even our trading partners are becoming less friendly as talk of trade barriers becomes a central focus.

When the signals are this confusing, the anxiety hat fits best. How then should you factor such a forecast into your business decisions? If you depend on retail customers, keep an especially close eye on consumer confidence. I'd also pay attention to household debt, which was clearly out of control and dramatically affected the 2008 recession. It rose in 2016 after being fairly flat for the previous three years. While it still stands at 3.3 percent less than the Q3 2008 peak of $12.68 trillion, it is at high levels again, this time fueled by student debt and auto loans.

Taking business risks is fundamental in a capitalist society. Any aggressiveness in doing so, however, should be conditioned on your near-term outlook for your products and services. In the environment we currently are in, being a bit more thoughtful than the recent past required makes sense to me. That implies investing a bit more effort in market research, competitive and comparative analysis, and planning.

A Helping Hand: Making a difference in the lives of seniors
Understanding China 101 for Western Marketers
Sponsored
The Little Gym Hits the Growth Trail as Top Franchise
India: The Next Big Hot Spot for Global Franchisors?
"Canadianization" Is Critical for U.S. Brands To Succeed North of the...
How To Improve Prospect Contact Rates: Get in the (Time) Zone!

Batteries Plus
Whether you're an existing multi-unit operator with a non-competing brand looking to expand your portfolio of franchise-owned businesses, or an...
Cash Required:
$150,000
Learn More
Pokeworks
Founded in 2015 in a tiny grab-n-go and delivery location in Midtown Manhattan, Pokeworks® has quickly established itself as the nation’s...
Cash Required:
$300,000
Request Info
Added
Learn More
Share This Page