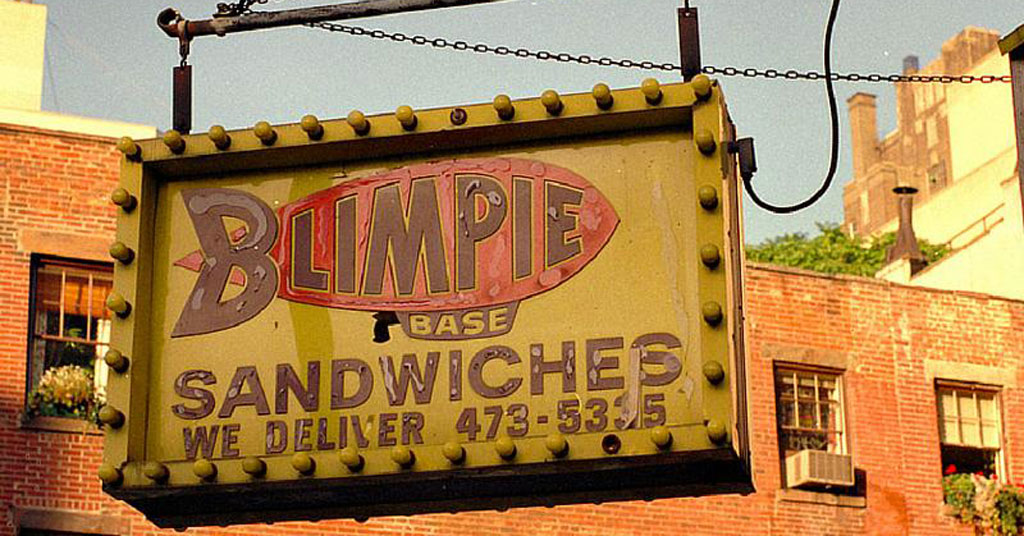 Full disclosure: I discovered my first Blimpie in the late 1960s in New York City, back when it was called Blimpie Base. I was smitten. Being able to customize your sub and watch it getting made right in front of your eyes was unheard of at the time. (If you have any fond memories of the pioneering sub chain, here are 10 things you might not know about Blimpie.)

The brand has been through a lot since its founding in 1964. (Subway was founded a year later, in 1965.) And despite losing out to Subway in the ensuing Sub Wars (like Betamax lost out to VHS in the video format wars), Blimpie has survived. And now, as part of Kahala Brands (itself acquired in 2016 by Canada’s MTY Food Group), Blimpie is on its way to Singapore in a deal with Deelish Brands Pte Ltd.

“We believe that the Blimpie Way fits nicely with Deelish Brands’ strategy of bringing the world’s most beloved and fastest-growing restaurant brands to Southeast Asia. We are confident it will soon become Asia's sub shop as well,” said Moe Ibrahim, CEO of Deelish Brands.

Blimpie will work with Deelish Brands to introduce and expand the brand in Singapore, with plans to open 5 stores in the next 5 years. Deelish Brands, a Singapore-based restaurant management company in the fast casual restaurant sector, also operates Fatburger and Buffalo’s Express in Singapore.

“Continuing to build the brand's international expansion with highly esteemed companies such as Deelish Brands has been a pleasure for us at Blimpie,” said Eddy Jimenez, senior vice president of international operations and development at Kahala Brands.

Blimpie was founded in 1964 in Hoboken, N.J., reportedly inspired by Mike’s Submarines (better known today as Jersey Mike’s) down the road in Point Pleasant, N.J. In 1993, Blimpie had grown to 670 locations and was a publicly traded Nasdaq company. By mid-2002, there were about 2,000 Blimpies in 47 states and in 15 other countries. Its history of decline can be found here. In 2006, Blimpie became part of Kahala.