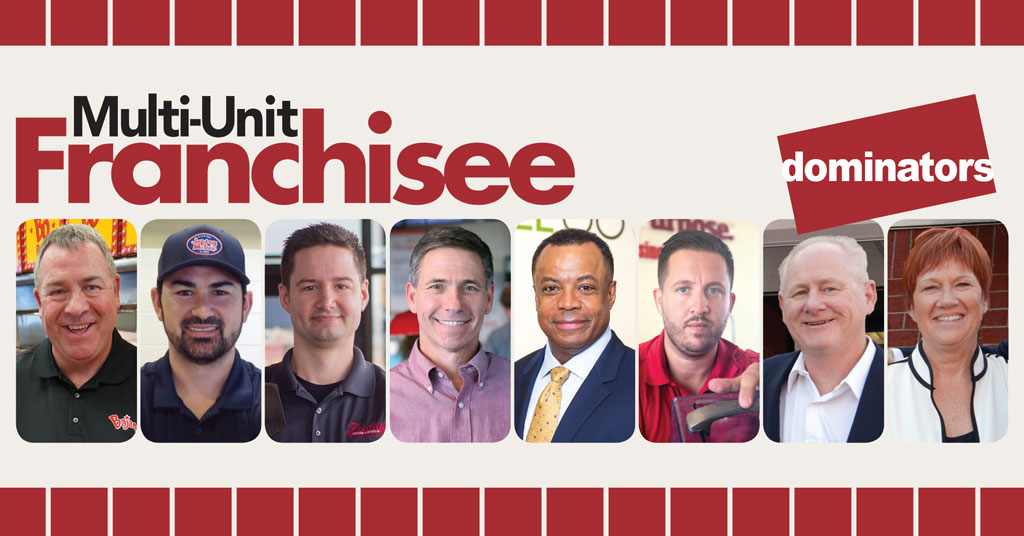 This issue's profiles of multi-unit franchisees include one of Panera Bread's first franchisees; a West Point graduate with 60 Pearle Vision locations; a 30-year-old Smoothie King franchisee with 14 stores and 8 more in various stages of development; Fantastic Sams' largest franchisee--a husband-and-wife team, high school sweethearts who have been married 41 years; a revisit to a Bojangles' franchisee (cover) who now has 59 restaurants in 5 states; a former MLB All-Star who acquired 6 Jersey Mike's in Southern California with an operating partner; and a 29-year-old franchisee of Freddy's Frozen Custard & Steakburgers who, although a new franchisee, has been working in the brand's stores since he was a teen.

Each represents a different path an entrepreneurial-minded person can take to become a multi-unit or multi-brand operator. Between them, they operate almost 200 units, with more under development.

As we've noted before, multi-unit operators are a unique breed, fun to interview, and inspiring to read about. Some control their markets by having a large number of units from different brands, some by operating many units of a single brand, and many are the top-performing operators in their regions. No matter how they do it, they dominate where they operate.

Once a year we devote an issue to these hard-working, successful franchisees. As usual, they're an interesting mix, but the results are similar: a combination of grit, determination, and perseverance has led each to success and domination with their chosen brands and markets. Here are this year's "Dominators"!

And once again we've teamed up with FRANdata to bring you the 2018 listing of the MSAs with the most franchised units, along with a listing of the dominant franchisee organizations in each region and state.