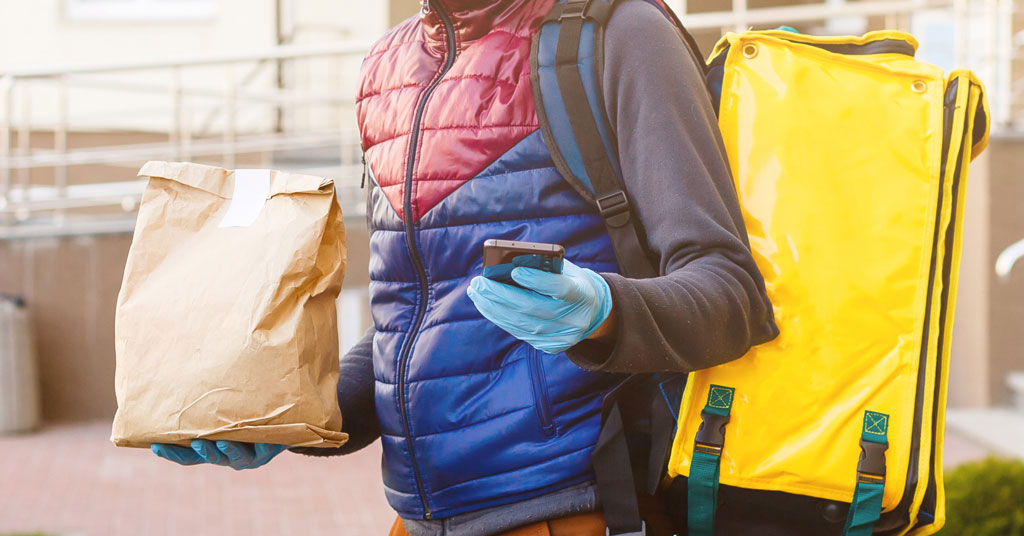 Covid-19 forced franchised food brands to innovate to survive, accelerating changes already in motion before the pandemic arrived just over a year ago now. One of those changes, which some already view as a seismic shift for the restaurant industry, is the inception of food brands that have no retail storefront. These delivery-only operations go by different names – ghost kitchens, host kitchens, virtual kitchens, cloud kitchens, dark kitchens, and more. And while they may differ in their approaches, all share a similar fundamental strategy made possible by advances in technology and the changing behavior of consumers brought on by Covid.

With the arrival of 5G, the integration of existing technologies such as robotics, artificial intelligence, cloud-based computing, big data, and embedded sensors is becoming a game-changer allowing brands of all kinds to add new and unprecedented capabilities and services.

“We are living in the age of convergence,” says David Bloom, chief development and operations officer of Capriotti’s.

With restaurants closed and/or capacity severely restricted, virtual kitchens offer many advantages beyond an additional revenue stream employed to weather the pandemic. These include the elimination of site selection and real estate leases, reduced labor costs, and perhaps most important, the ability to expand into new markets by partnering with facilities that will prepare their food to brand standards and deliver it through their existing partnerships with third-party delivery companies. The cost structures are still being worked out, but overall it seems like a good way to introduce a new brand or to introduce an existing brand into a new market at a much lower cost than in the past.

On the operational side, many new companies are offering their own versions of these remote kitchens. A growing roster of brands in this field includes Kitchen United, Zuul Kitchens, Epic Kitchens, Reef Kitchens, Kitopi, CloudKitchens, and DoorDash Kitchens.

Franklin Junction, a spinoff of Aziz Hashim’s NRD Capital, has embraced its own version of the model, which he explained in an April interview with Yahoo.com. “We came up with a solution and e-commerce based platform called the Host Kitchen Platform, where a kitchen can use its extra capacity and sell food from other known brands who also want to expand. So we are, in a way, connectors of existing restaurant and food service outlets with brands that want to grow. The beauty of our model is that there’s no capital expenditure on any side. The restaurant, who we call our host partner, already has built the restaurant, already has the employees, is already paying rent, and has purchased the permits.”

In early March Ghost Kitchen Brands and Walmart Canada announced a partnership that will allow customers to order freshly prepared meals in-store and online for contactless pickup or delivery from a third party. Customers can mix and match from more than 20 well-known brands including Quiznos, The Cheesecake Factory, Saladworks, and Ben & Jerry’s with more being added. All meals are prepared in one kitchen for a single pickup or delivery.

Walmart Canada’s Senior Director of Licensees Sam Hamam said, “We believe in Ghost Kitchen’s strategy and vision and we’re very excited to be the first retailer to team up with them.”

We’ve only scratched the surface here. Where will it end? It’s just begun.

Survey Says Guests Will Crave Connection, Value, and Convenience in 2023
Autumn and Franchise Development Are in the Air!
Sponsored
Dogdrop Shines as Unique Franchise for the Future
Why the Pet Industry Is a Recession-Resistant Franchise Sector
Growing in a Recession: Managing Through an Uncertain Economy
Global Consumer Trends: Staying Ahead of the Downturn

The Human Bean
Our commitment to developing the best drive-thru espresso led us to franchising. Unlike nearly all other franchises, we do not charge...
Cash Required:
$100,000
Request Info
Added
Learn More
MY SALON Suite
With more than 250 locations (and more on the way!), MY SALON Suite is the #1 salon suites franchise opportunity in North America.
Cash Required:
$500,000
Request Info
Added
Learn More
Share This Page