Seeking Stability: How Long can this "Surreal State" go on? 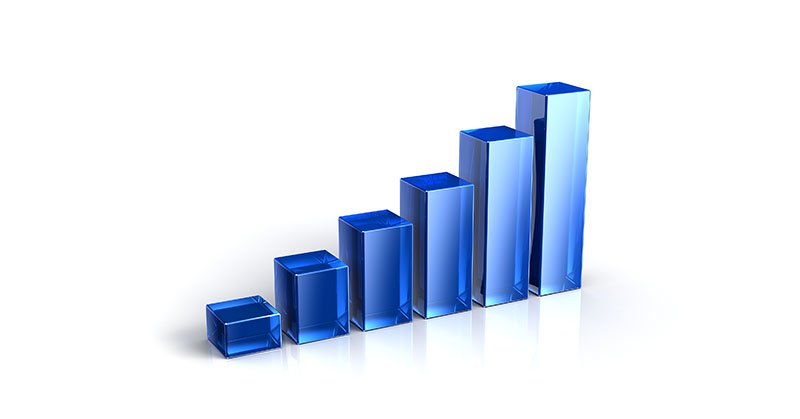 Most markets around the globe have performed well following the lows reached during the financial crisis. Investors have anchored to a new status quo, one marked by low interest rates, moderate growth trends, and reasonable returns in most asset classes. This "new normal" has teed up a general aura of investor complacency not seen for years, potentially setting the stage for emotionally driven behavior among the unprepared.

All things considered, markets have proven amazingly resilient to potential concerns for many quarters now, shrugging off a halving of oil prices and the upswing in the relative level of the U.S. dollar. It seems a parallel universe to the bleak days of 2009-2011, when fears of a eurozone breakup and the proximity to the still-recent market downturn had investors nervous and markets depressed. Indeed, it has now been more than 42 months since the U.S. stock market witnessed a pullback of more than 10 percent, and interim daily price swings have narrowed markedly.

While concerns are many, markets continue to shrug them off: the classic definition of "climbing the wall of worry." But key questions remain: 1) How long can such a surreal state go on? 2) What will the landscape look like when conditions change? 3) How should portfolios be positioned to withstand and prosper?

While many attributes of the current environment are worrisome, arguably the thorniest issue is the unsustainable status of today's unusually depressed global interest rates. Just a few years ago, a 10-year U.S. Treasury note yielded more than 5 percent. Today it's below 2 percent which, oddly enough, is a prized yield among developed nations. Since the start of Europe's quantitative easing program, fully half of sovereign debt is priced with a negative yield, meaning investors are paying issuers to take their cash. While low rates are good for borrowers, they are problematic for investors who need to use portfolio income streams to fund expenses. This is spawning a global search for return, causing many to minimize or ignore potential risks as flows into more exotic debt instruments and global locales increase.

Such trends are being exacerbated by the use of increasingly sophisticated modeling techniques, though investors always seem to forget that models are only as accurate as the assumptions that undergird them. No matter how sophisticated the model, they can't accurately pinpoint how humans will behave under duress.

At present, most global markets are in equilibrium, with the needs of buyers and sellers in relatively good balance. What this state masks, however, is that the underlying dynamics have changed, and that these nuances could become starkly evident if disequilibrium occurs. A geopolitical shock or unexpected default scenario could showcase the dearth of proprietary trading desks, for example.

With some estimates putting the percentage of high-frequency technology-driven trading at near or more than half the daily trading volume, it does not seem unreasonable to presume that a market shock could prompt some unruly near-term trading in specific markets or asset classes. One suspected example is the "flash crash" that hit U.S. Treasury bonds in October 2014, round-tripping the 10-year yield from 2.19 percent to 1.86 percent and back to 2.13 percent in a single day.

Many investors don't realize that the bond prices shown on their statements aren't as "current" as a stock price. While many shares of stock change hands daily, bonds do not trade as often. According to Barclays Research, turnover in the high-yield markets has declined from more than 175 percent in 2005 to less than 100 percent in 2014. Bonds only get re-priced when an actual trade occurs.

A correlated issue is that when a trade does occur, that re-pricing happens on everyone's statement, whether or not the bond holder intends to sell. In a rising rate environment this can lead to adjustments within investors' portfolios, which in turn could lead to panicky behavior at best or margin/collateral calls in a worst-case scenario. Given the substantial flows into bond funds over the past decade, you can suspect there are a large number of uninitiated fixed-income investors who don't realize they stand to lose real principal in bond funds (versus owning the individual bonds, which can be held to maturity no matter what the interim price swings) when rates do go up.

While disequilibrium could prove psychologically unsettling in the short run, it's not an issue for those who don't need quick access to that particular asset or fund. Such volatility might create very interesting investment opportunities for some.

Constructing portfolios to withstand potential illiquidity or disruptive markets incorporates several core tenets. First is quantification and provision for adequate resources to fund cash flow needs for some period of time. This liquidity can be through reliable income streams such as dividends, interest that will fund some or all of anticipated cash needs, and/or actual cash. In complacent markets such as those we're in, it can be tempting to minimize potential liquidity risk (as in relying on broadly owned ETFs to form cash positions). Sidelining funds can seem like a drag on overall performance in strongly rising markets, but it may help you sleep at night.

A second tenet is to have a plan to take advantage of structural dislocations that may hit fundamentally sound asset classes. As nice and steady as markets can be, volatility and disruptions can present intensely interesting investment opportunities for those whose psyches and portfolios are positioned to participate.

Carol M. Schleif, CFA, is a director in Asset Management at Abbot Downing, a Wells Fargo business that provides products and services through Wells Fargo Bank, N.A. and its affiliates and subsidiaries. She welcomes questions and comments at carol.schleif@abbotdowning.com.

Rapid Returns: 127 restaurants in 3 years and targeting 1,000!
Is Your Frandev Tech Working for - or Against - Your Recruitment Goals?
Sponsored
PEOs Bring Value After Natural Disasters & Crises
Why the Pet Industry Is a Recession-Resistant Franchise Sector
Great Customer Experience Brands Outperform - in Any Economy!
Service Brands Continue To Expand in November