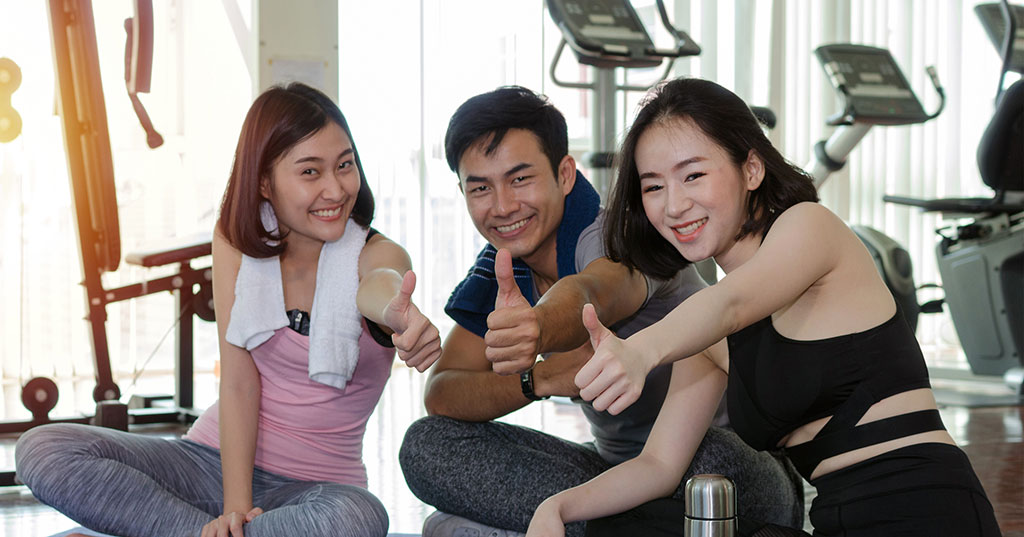 It does not come as a shock that the growth for fitness centers and gym franchises in the U.S. is starting to plateau in the low single digits. Based on a sample of 100 fitness franchises, the number of franchised locations for this vertical grew at a compound annual rate of only 2%, with the growth in the new units opened domestically starting to plateau at 3% between 2015 and 2017. Consequently, an increasing number of fitness franchise concepts are looking for their next growth to come from beyond the U.S. borders.

The latest data on the fitness industry pegs its global revenues at a whopping $87.2 billion, with more than 200,000 gyms and clubs spread across the world. This growth is expected to continue for the next several years, with membership counts estimated to grow from 174 million in 2017 to more than 230 million members worldwide by 2030. A lot of this growth is expected to come from fast-growing franchise markets in the Asia-Pacific region. Not to be left behind, U.S. fitness franchise brands are taking advantage of these high-growth markets by focusing their next development phase in these countries.

The Chinese gym and fitness sector was pegged at $6 billion in 2017. The primary force behind this growth in China is the willingness to improve health and physical fitness, coupled with the mindset of sharing or displaying athletic achievements, and U.S. brands are primed to take advantage of this trend. In 2017, Anytime Fitness was the first U.S. fitness franchise to be granted a license to franchise in China. By 2020, the brand anticipates 300 to 500 gyms in the country, which will help it reach its goal of having more than 400 clubs open in Asia by 2020. Little Land Play Gym is another U.S. fitness franchise brand targeting China. In January 2019, it signed an agreement to open more than 100 locations across China in the next 3 years. The first location, in Beijing, was slated to be open by mid-2019.

By contrast, Australia's fitness market is more mature, and franchising is a popular model. Both big box and boutique gyms are equally targeting this region for growth. World Gym, for example, signed 11 new international clubs in four countries during the first half of 2018, including expansions in Australia, Brazil, India, and Taiwan. Other U.S. franchises including Snap Fitness, 9Round, Title Boxing Club, and Orangetheory Fitness also have a sizeable presence in the country.

Meanwhile India, which ranks fifth in market size among Asia-Pacific health club markets, grew its industry size to $821 million in 2017, with nearly 2 million in membership counts. In recent times in India, there has been a rise in inclination toward gym memberships and health clubs. Additionally, the growing middle class and discretionary spending in the urban areas has led to many international franchises entering the India market. Renowned fitness chains and gyms are busy diversifying their product and services to tap into this market in every possible way so that they appeal to a diverse range of customers. Gold's Gym is one of the U.S. fitness brands that took advantage of this growing vertical in India. A significant part of its international franchise commitments in 2018 came from this country. Of the 18 new global franchise commitments it signed in 2018, 8 were related to development plans in India. Others, like Snap Fitness, Powerhouse Gym, Knockout Fitness, World Gym, etc. are also focusing their future development on India.

Growth is not just limited to core markets in the Asia-Pacific region like India or China. Some U.S. franchise brands have now found success in nontraditional franchise markets like Russia, as well. Earlier this year, UFC Gym partnered with Russian Fitness Group to open 55 locations throughout the country.

Call it what you like, but U.S. health and fitness brands are expanding abroad by leaps and bounds, and it can be well expected that the next uptick for U.S fitness concepts will come from the Asia-Pacific markets.

For sources to the statistics cited in this article, see the original article on FRANdata.

Ritwik Donde is a senior research analyst at FRANdata, an independent research company supplying information and analysis for the franchising sector since 1989. Contact him at 800-485-9570 or rdonde@frandata.com.

Bonchon
Bonchon is an internationally recognized Korean Fried Chicken concept. Bonchon means “my hometown” in Korean, and represents our...
AlphaGraphics
A business-to-business franchise opportunity for executive entrepreneurs! AlphaGraphics is now celebrating 52 years of history, and is recognized...
Checkers Drive-In Restaurants
Checkers Drive-In restaurant franchises are small but efficient making our restaurants easy to operate and typically reduced overhead costs.
Golden Corral Buffet and Grill
Golden Corral is the largest National Buffet chain, offering delicious comfort food classics allowing guests to create their own unique and perfect...
Cold Stone Creamery
Own one of the world's most beloved ice cream franchises! For nearly 35 years Cold Stone has been the go-to for the Ultimate Ice Cream...
Share This Page