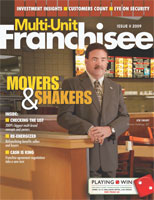 COVER STORY
All Signs Point To Continued Growth In Multi-Concept Franchising
Avoiding the Big Five: The Five Biggest Mistakes Franchise Organizations Make
Re-Energizers: Refranchising Lets Franchisees Hit The Ground Running
ADVERTISE
SPONSORED CONTENT
ADVERTISE
SPONSORED CONTENT
ADVERTISE
SPONSORED CONTENT
Back to Basics: Do You Know The Difference Between Good And Great?
These are adverse times for franchise industry executives and operators. Everywhere they turn it seems they are faced with weakening markets. The "get big" strategy of the last decade, which was driven by low interest rates and growing markets, is collapsing under the pressure of shrinking consumer demand.
Jack Mackey
What Now?: Adapting Thoughtfully To A Structural Shift
At some level, there's a growing realization that the current economic "decline" is not just a speed bump. The assumption that a return to the "status quo" is sure to come--that it's merely a matter of time--also appears to be quickly fading. The emerging conclusion: Things typically don't come this unhinged only to revert to what existed before.
Carol Clark
Joe Drury's personal history reads like a rags-to-riches movie script. Born in Canton, Ohio, he was on his own at 14 and "chose to survive," he says. "Everything I did, I attacked it like it was my last meal." He started out working in a Wendy's. He excelled and worked his way into the corporate office, where his mentor and "best friend," Wendy's founder Dave Thomas, taught him everything he knew about running a franchise and being a successful franchisee. He rose to vice president of operations at Wendy's, but left the company in the early 1990s to form the Carolina Restaurant Group, which bought 26 distressed Wendy's restaurants. By 2000, that number was up to 100 and sales had risen significantly.
Debbie Selinsky
Fear Is the Enemy: Survival Tips For Restaurateurs--and Others!
Business cycles are the norm and while difficult to predict, peaks and valleys in our economy will always occur. However, the speed and magnitude of deterioration in worldwide business conditions and financial markets make the current recession especially severe. As everyone now knows, this is not a normal trough or business cycle; survival and success during these times will require extraordinary actions.
Dean Zuccarello
Hurricane John: It's A Good Wind That Grows A Brand
After years of building his company by acquiring distressed franchise units and real estate, John Metz bought a distressed franchisor. That's right, a franchisor. On December 17, 2008, Metz took over Hurricane Grill & Wings. And he's from Buffalo.
Eddy Goldberg
When You Lease, Expect It!: New Tools Can Help Control And Manage Your Lease Agreements
The air conditioner at one of your Phoenix units has failed. The manager calls you and says it's so hot inside the store that customers are turning around and walking out. Your first thought is to call your local A/C repair business for what will most likely be a costly service call.
Kerry Pipes

2009 Multi-Brand 50
We called on our friends at FRANdata to "run the data" to help shed light on this growing trend. For a second year, they've provided us with a list of the top 50 multi-unit, multi-brand franchisees in the country. Restaurant operators continue to dominate, with some of the most popular brands including Burger King, Pizza Hut, Wendy's, Subway, Hardee's, A&W, Taco Bell, and Popeyes.
Multi-Unit Franchisee Magazine

One Size Doesn't Fit All: Do Franchisors Market To And Support Multi-Unit Franchisees Differently?
In the 20th century (some of you might remember that more stable and predictable period), multi-unit franchising was not much of a factor. Sure, there were multi-unit operators, but by and large franchisors didn't really put much emphasis on them. Those that did generally focused on growing their own, not wanting to invite franchisees in from other systems, and certainly not wanting to share their own.
Darrell Johnson

Texas Twosome: Multi-System Couple Share Love Of Business And Life
Long before they met and married, Donna and Jim Wade grew up working in their respective family businesses--Donna in Southeast Texas, and Jim in a small town in West Tennessee. Both families owned restaurants and grocery stores. Their paths crossed when Jim, a University of Memphis graduate who went to work in accounting for Binswanger Glass, was transferred to Houston as a controller. She was selling copiers for Xerox, and he called one day for a quote. "Not long after he completed the purchase, we started dating," recalls Donna. "We realized instantly that we shared a passion for business."
Debbie Selinsky

Works Hard, Plays Hard: 24-Year-Old Franchisee Thrives In Two Countries
Gurvinder Singh is, in many ways, a "normal" 24-year-old guy. A former wrestler, he's into martial arts and spends an inordinate amount of time training in the gym. Despite his high energy level, he can go "couch potato" with the best of them, and he loves TV (his favorite show is "Lost"). He also loves cars, and jokes that the health of his business can be measured by the impressiveness of his ride.
Debbie Selinsky

Mentored by Giants: Do Ray Kroc, Bill Parcells, And Gen. Norman Schwarzkopf Ring A Bell?
Dennis Hitzeman has had some legendary mentors in his life. First there was McDonald's founder Ray Kroc, who hired the 16-year-old Hitzeman as a crew member for his third location. Later, as a West Point Cadet, he played football for assistant coach Bill Parcells and studied under Gen. Norman Schwarzkopf, Jr.
John Carroll

The Real Full Meal Deal
It all began with a single Golden Corral restaurant in 1997. In just over a dozen years, Guillermo Perales has grown to operate 142 franchise locations, spread across 5 brands throughout Texas and Florida. It's quite an accomplishment for this native of Mexico, and he's not even close to finished. "I'd like to double the size of my business over the next decade," says Perales. Based on his track record, it's a good bet he'll succeed. He just inked a deal with T-Mobile for some new units, and he's negotiating with a yogurt and seafood franchisor--and that doesn't even include his planned hotel project in Dallas.
Kerry Pipes

12 Reasons Owner Transitions Fail (And What to Do About It)
Over the past several years, we have spoken with business owners around the country who had decided they had reached the point of being ready to leave their businesses. However, no one was stepping up to provide them the exit results they wanted. These owners had spent all of their time aggressively working in their business, but had spent little time aggressively working on how they would eventually exit their business. They found themselves late in the game with few options to achieve their exit objectives. Simply put, they were too late.
Andrew D. Horowitz, CPhD, and Nicholas K. Niemann, Esq.

Passion Powered!: Love Of Product, Employees, And Customers Fuel Success
Charles Loflin started climbing the ladder of success from the bottom rung, and he hasn't stopped yet. "I've been in food and beverage all my life, starting when I was washing dishes at the age of 15," says the 40-year-old multi-brand franchisee.
John Carroll

What Now?: Adapting Thoughtfully To A Structural Shift
At some level, there's a growing realization that the current economic "decline" is not just a speed bump. The assumption that a return to the "status quo" is sure to come--that it's merely a matter of time--also appears to be quickly fading. The emerging conclusion: Things typically don't come this unhinged only to revert to what existed before.
Carol Clark

On The
At the end of January, following the headlines of optimism and encouragement that came with the presidential inauguration, came the harsh reality of job layoffs and plant closings in one company after another across the country. Home Depot announced 7,000 layoffs, Pfizer trimmed 19,000 jobs, and Caterpillar 20,000. In total, nearly 60,000 wage earners became unemployed, and while many enjoyed reasonable severance packages others were most certainly caught unprepared for the income loss that will follow.
Rollie Trayte and Gary Widman

On the Grow: Jett Mehta Keeps Adding Units And Brands
Jett Mehta knew early in his life that franchising would be a good fit for him. "I grew up in the business," says Mehta. "My dad is a Ponderosa franchisee and was the largest franchisee in the country at one point. He was investing in multi-family real estate and got into the restaurant business in the '80s. When I finished school I hooked up with him." It wasn't long before Mehta drew up some ambitious plans of his own. First came a motel deal, and then the food industry beckoned.
John Carroll

Roll with the Winners: Increase Your Odds Of Success In 2009
In my inaugural column as chair of the 2009 Multi-Unit Franchising Conference (right around the corner from April 15-17 at the Bellagio in Las Vegas), I wrote "I think it is important, more than ever, that multi-unit owners like ourselves have the opportunity to hear from others dealing with similar challenges, and to network with them in an open, informal setting. Because as hard as it might have been for some of us last year, the times are even more difficult as we head into 2009."
Gary Grace 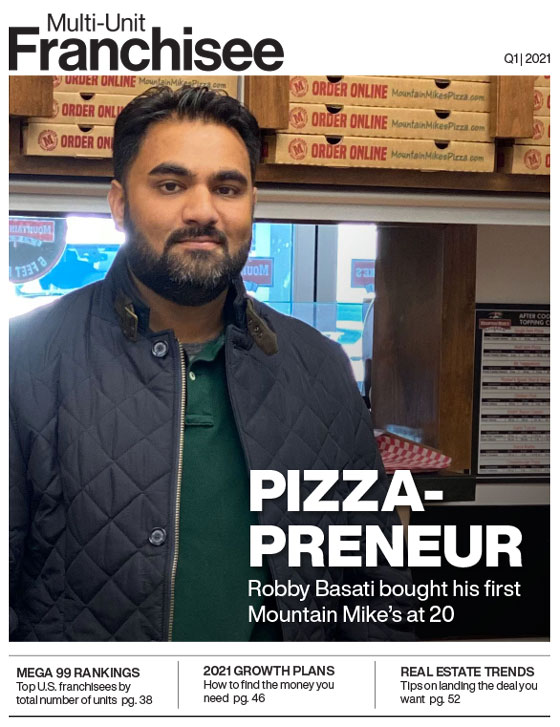 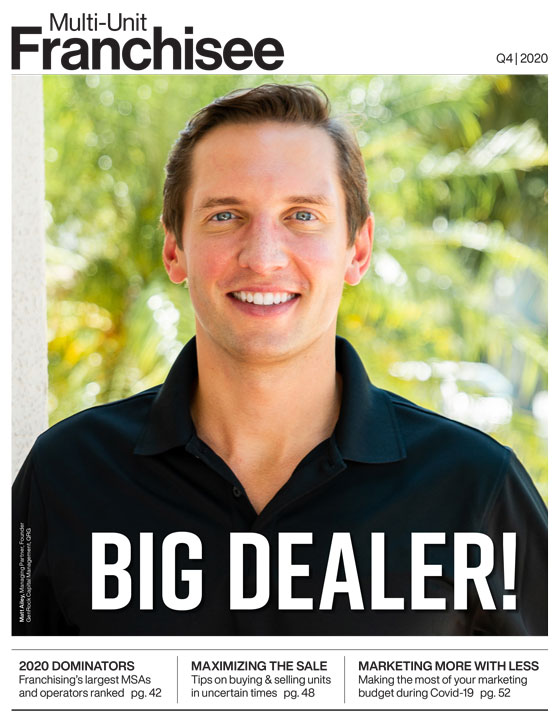 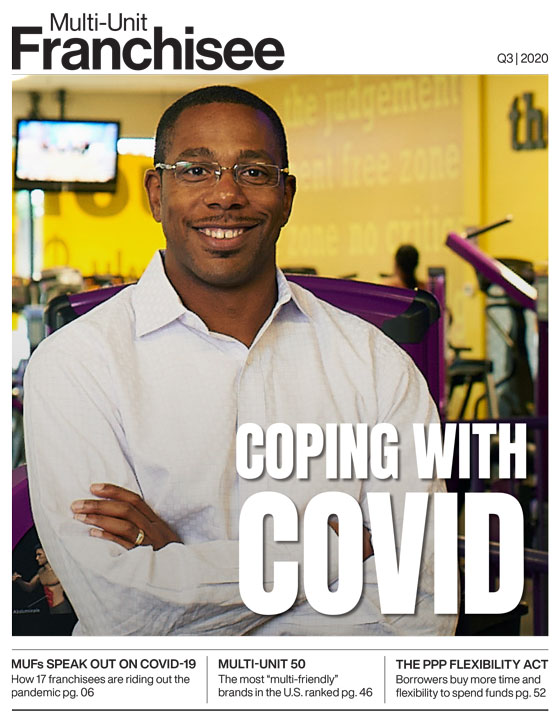 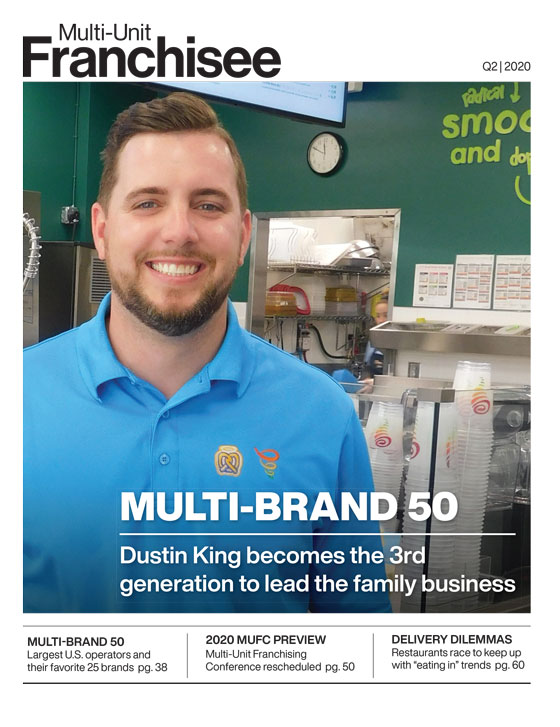 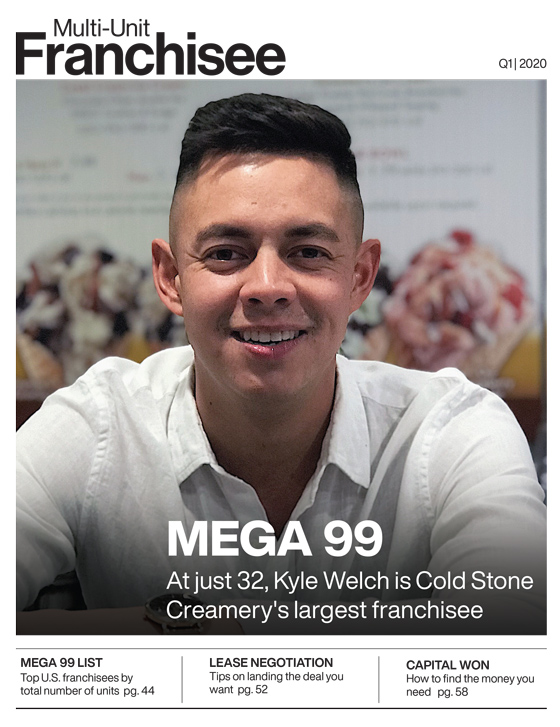