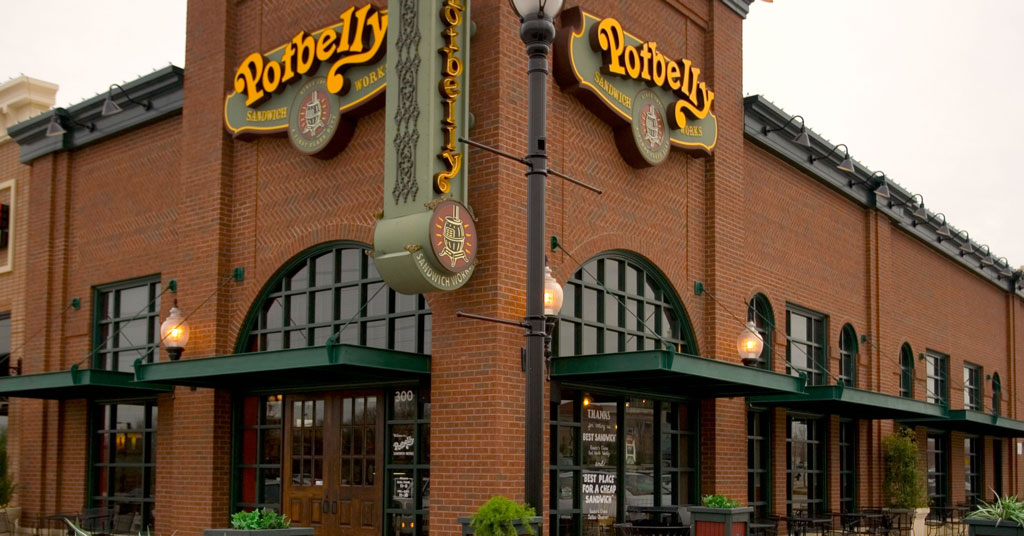 Potbelly has introduced refranchising as part of its Franchise Growth Acceleration Initiative, with plans to franchise 25% of corporate shops across select markets during the next three years. In the next eight to 10 years, Potbelly has a goal of reaching 2,000 total units and at least an 85% franchise system.

Multi-unit groups that have proven experience in developing and operating restaurant and retail brands are strong candidates to refranchise with Potbelly, along with playing a key role in developing new units.

Potbelly boasts a rewarding return on investment, which can be attributed to its widespread consumer appeal, 1.1MM+ average unit volume making it the highest in its category, excellent sales-to-investment ratio, a seasoned leadership team with 100+ years of combined experience and double-digit same-store sales growth.

The soon-to-be 46-year-old brand, with nearly 450 open locations across the United States, is eager to refranchise select corporate locations as well as drive the brand’s expansion forward with fresh growth opportunities.

Talented investor/operator groups are taking note of the brand’s growth in key markets. In 2022, Potbelly signed agreements with seasoned multi-unit operator STA Management, which runs restaurant and hotel locations across the country. The franchisee group already has two Potbelly locations in the Tampa market and signed a deal to develop another 14 locations in the area over the next five years.

Adding to the agreement with STA Management to develop the Tampa market, Potbelly signed a franchise deal to grow throughout Central Illinois. Just a few hours from its home market, Chicago, Central Illinois is a logical growth market for the brand. The deal was signed with accomplished Central Illinois entrepreneur and executive Rob Wilbern, who signed for five locations in the Champaign-Springfield-Decatur DMA over the next eight years.

The toasty sandwich brand also completed an agreement with Sugarland Investment Group, which will bring six new shops to the Orlando, Florida area. In sum, Potbelly signed a total of 25 units between the three agreements.

Adding to the brand’s franchise development deals, Potbelly announced it is continuing to build upon its Franchise Growth Acceleration Initiative through agreements with several other of its existing franchisees. The agreements extend development rights with Brent Brouse (Greenville and Wilmington, North Carolina and Myrtle Beach, South Carolina), Paul Goldammer (Sioux Falls, South Dakota), Fabian Nelson (Memphis, Tennessee) and Mohit Kishore and Tulshi Bakar (Wake, Durham, Orange and Chatham counties, North Carolina); each of which are strong operators in the company’s system. Under the agreements, the brand’s collective footprint in these markets will be expanded with 25 new shops over the next six years.

If you are interested in franchising with a household brand name that is revered by a loyal fan following, visit potbelly.com/franchising-why-potbelly to learn more.

SPONSORED BY:
Potbelly Sandwich Works
With a proven 45-year track record, 1.1MM+ Nationwide AUVs*, and flexible footprints to fit into any community, Potbelly is poised for growth — find out why it is a perfect addition to your portfolio. *Annualized system-wide sales Learn More