QDOBA, the #1 Mexican Fast Casual Franchise, is Getting Innovative 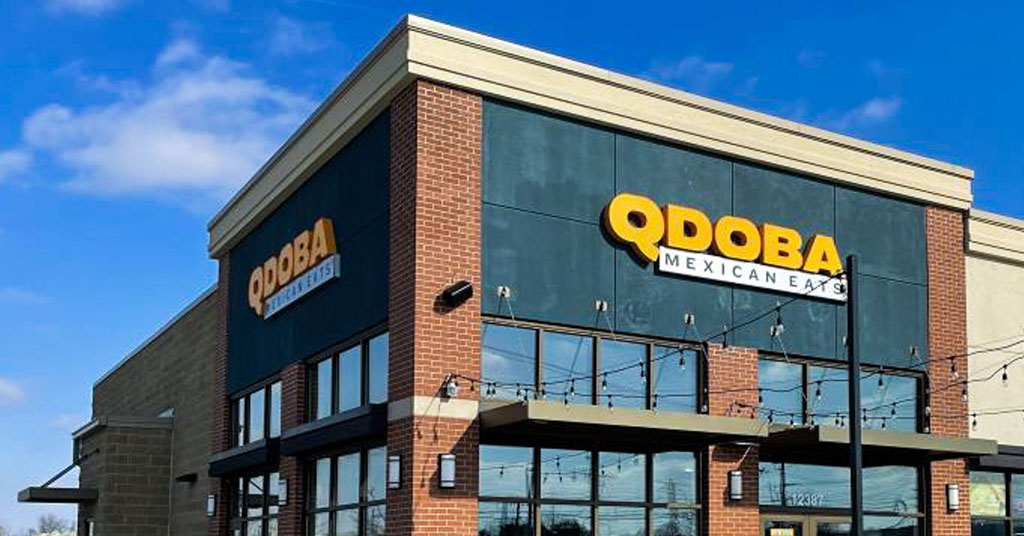 QDOBA’s 730-plus unit chain has an appetite for growth and a healthy development pipeline. The Mexican Fast Casual restaurant takes pride in its culture of communication and strong franchisee relationships. This year, the growing franchise has placed an emphasis on rolling out innovative menu items and a digital strategy to create convenience and accessibility for its customers.

New and fresh menu items, like the Surf and Turf Bowl, are a prime example of QDOBA’s push to meet consumer preferences.

The bowl consists of all the protein items QDOBA fans have been craving. This includes sauteed in-house citrus lime shrimp and grilled steak over a bowl of cilantro lime rice, black beans, and pico de gallo, topped with smoky chile crema, hand-crafted guacamole and cotija cheese.

QDOBA prides itself in its flavor differentiation and attributes its status as the #1 Mexican fast casual franchise to this innovative menu approach, keeping QDOBA-lovers constantly coming back for more.

But the customizable bowls and signature mash-ups like the Cholula® Hot and Sweet Chicken Bowl aren’t the only differentiators to QDOBA’s highly regarded brand. Unlike its competitors in the Mexican food segment, QDOBA guarantees that guac and queso come at no extra charge.

QDOBA launched a virtual brand – a delivery-only method centered around one of the brand’s most popular menu items, the 3-Cheese Queso. The virtual brand, Pure Gold, features exclusive items that can only be found through third-party delivery apps in select markets like Denver, Michigan and Indianapolis.

Some of the menu items include the 24-Karat Quesadillas, which consists of a golden cheese-crusted flour tortilla packed with protein, shredded cheese, pico de gallo and a 3-Cheese Queso. There’s also the fan-favorite Gold Rush Tacos and the Loaded Queso bowl, both of which include different forms of 3-Cheese Queso, protein and toppings.

Franchisees are benefitting from the virtual brand, given the incremental revenue it adds. Essentially, the Puree Gold platform eliminates any added in-house cost for franchisees, but adds a revenue stream without complexity.

In recent months, QDOBA also took on a partnership with REEF Technology to expand its delivery-only restaurants, also known as ghost kitchens. Ghost kitchens, which are commercial kitchens adjusted for food delivery service apps like Uber Eats, Postmates and Grub Hub, are intended to give customers convenient access to the food they love most.

For QDOBA, entering the Austin, Texas market with the first of two ghost kitchens in the area will allow locals to access their beloved menu items—like the 3-Cheese Queso, salsas and handmade guacamole.

With the global ghost kitchen market projected to be worth over $71 billion by 2027, QDOBA is getting ahead by rolling out innovative efforts to ensure customers have easy access to their loaded Mexican specialties.

As QDOBA pushes its growth plans of reaching more than 1,000 total units by 2025, expanding throughout Puerto Rico is a large step in that direction. In June, QDOBA opened its first location in Puerto Rico and there are no plans of slowing down any time soon.

New QDOBA franchisees leading the Puerto Rico development efforts, the Jové family has owned restaurants across the island for more than 30 years. They are confident that QDOBA is exactly the kind of fast-casual restaurant Puerto Rico needs. Additionally, in the past year, the brand has opened 34 new stores across the United States.

QDOBA’s presence is growing rapidly— since 1995, the brand has reached more than 740 locations across the U.S., Canada and now Puerto Rico. With a commitment to accessibility, affordability and quality, QDOBA’s brand is gaining notable recognition. For four years, QDOBA has been voted the "Best Fast Casual Restaurant" as part of the USA Today 10 Best Readers' Choice Awards.

Learn more about franchising with QDOBA.