The All American Steakhouse & Sports Theater Gears Up for National Expansion 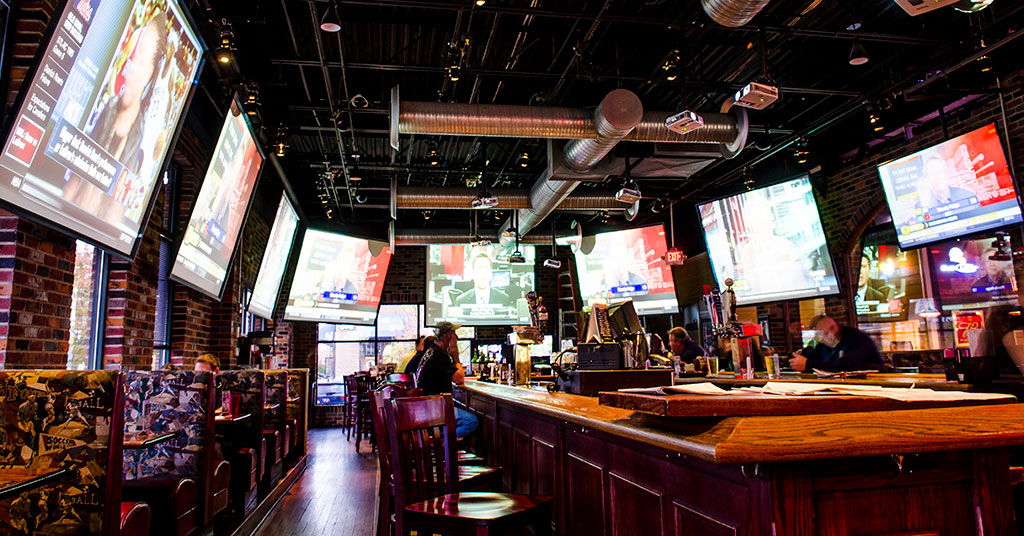 The All American Steakhouse & Sports Theater - with its veteran leadership and all-American formula of steaks, sports, and casual dining - is gearing up for nationwide franchise expansion. This family-friendly brand is set to make its mark with its focus on quality food served in a high-energy, sports-themed atmosphere. Steaks are the brand's signature. They are wet-aged and dry-aged, then hand cut on-site.

"Most chains outsource their steak cutting to a third party, and their beef is normally only aged 21 to 28 days," notes George K. Jones, chief executive officer and president of All American Steakhouse International, Inc. "All of our locations have an in-house butcher. Our beef doesn't hit our doors until it is aged for at least 50 days, and then we cut and dry-age it for another five to seven days. Our customers are getting a wet-aged, dry-aged steak, like those served at top-end steakhouses, at a casual dining price. And our steaks are more flavorful and tender."

Other items on the menu include filet mignon kabobs, burgers and sandwiches, homemade chili, and grilled steak salad, with the beef also hand cut by in-house butchers. "Because our beef is cut on-site, menu prices are low, giving guests an excellent value. Most steakhouses have a 65 to 70 percent yield," notes Jones. "We are using 95 percent of our product that comes through the door, so we are able to keep our costs down and put a better steak on the plate."

The first unit opened in 2003 in Edgewater, Maryland. The All American Steakhouse now has seven restaurants in Maryland and Virginia: five company-owned and two franchised.

Under the direction of Jones and partner Brock Anderson, chief operating officer and senior vice president, projections are that the brand's portfolio will expand to 50 restaurants within five to 10 years through franchising.

Anderson and Brock have 75 years of combined restaurant experience with major chains such as Outback Steakhouse, Chili's, Steak and Ale, and Dave & Buster's, where they first met. As regional operations directors at Dave & Buster's, Anderson and Jones oversaw units that together generated more than $65 million in revenue, with some 100 salaried managers and 2,500 employees.

Jones believes The All American Steakhouse - with a festive ambiance that features music, ten 6-by-8-foot high-definition TVs in the Sports Theater, an open kitchen, and a focus on aged steaks and other quality menu items - offers investors a unique franchise business model that is poised for growth.

"We are a restaurant, first and foremost, with great food and great service that also has a sports theme and a great bar," says Jones. "You can come in and enjoy a nice steak dinner in our dining room, or gather with your friends in the bar area and have some wings and a beer and watch the ball game."

The brand is seeking to expand with experienced operators and established multi-unit franchisees who have an infrastructure in place and who want to build their portfolios with a new concept through area development, says Jones. Franchisees can expect to receive comprehensive, ongoing support and training to ensure operations are competitive from the start.

"From day one, we will be heavily involved in assisting our franchisees to open. With the help of our training team, from the first day of opening our franchisees are operating like they have been open a year," says Jones. "And once they are open, we provide a six-month, 'track-to-profit' where, every week, we look at all the sales and costs associated with the operation. It's not that they won't be profitable sooner, but we make sure that by 24 weeks, they are as profitable as they can be."

Jones adds, "Currently, we are focusing on developing the Mid-Atlantic area, but we also have groups from Alabama and Mississippi that are interested in multi-store area development deals. The Mid-Atlantic is our backyard, so it only makes sense to focus on this area first. However, we are open to the entire country if the right group comes along. Our number-one goal is to have successful franchise groups who are passionate about the concept and are looking to grow the brand. Having fewer qualified franchise groups with multiple locations is more important to us than the total number of units we have as a company."