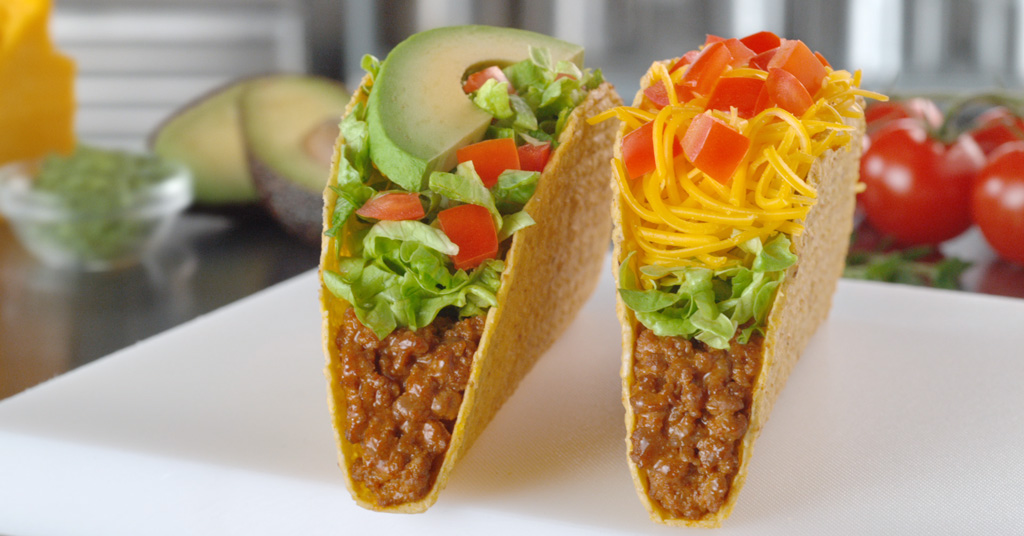 Del Taco continues to drive the creative take on plant-based menu options as a leading innovative brand that defines quick-service plus.

Building on the momentum of the successful nationwide debut of Beyond Meat tacos—one of the best-selling new products in the chain’s history—Del Taco sees endless meatless possibilities on the table to meet booming demand.

The first Mexican fast-food chain to offer Beyond Meat’s plant-based protein, Del Taco sold roughly two million of the Beyond Meat vegetarian tacos and its vegan counterpart, the Beyond Avocado Taco, in just two months following the April debut. The brand followed up with an expanded plant-based lineup, with two new signature Beyond Meat burritos and the ability to substitute for any protein in existing Del Taco menu items, such as burritos, nachos, and fries.

The move to raise the menu bar comes as no surprise to loyal fans of the brand that has more than 580 locations across 14 states.  As one of the nation’s largest Mexican quick-service chains, Del Taco is now a go-to customized place for vegans, vegetarians, and those hungry for “better-for-you” options to replace red meat without sacrificing flavor.

“Our North Star was to develop an elevated, craveable flavor to take this to a new level in QSR,” says Del Taco’s Anne Albertine, Director of Research & Development. “If we can take fast food to a healthier QSR-plus level, which Del Taco is all about and why I’m here, that is just a win for everybody and a way for us to be different in a very positive way.”

Made from plant-based ingredients that include pea protein, Mexican spices, Beyond Meat is a vegan alternative to ground beef that mimics the texture and taste of animal-derived meat. Del Taco had already been hard at work on the right approach to plant-based options for its core taco when the opportunity arrived to team up with the pioneer of this new generation of plant-based meat.  The recipe development using Beyond Meat’s 100% plant-based crumbles in Del Taco’s signature seasoning blend changed the game in a fresh and authentic way—for both companies.

“By offering dedicated plant-based alternatives, consumers don’t have the hassle of customizing at point of purchase,” says Albertine. “And for those eating plant-based, customization is typically about deleting the animal protein and/or dairy. As a result, consumers pay a penalty, meaning, they often pay the same price for a smaller product.”

She is also a pro at inspiring her team to think big.  Using the resources of Del Taco’s full test kitchen and in-house sensory panel for quick consumer insights, Albertine sought to create healthy fare with transparency.  The Beyond Meat offerings are vegan, gluten-free, with no wheat or soy.

“We built in all these attributes, because why not?” Albertine says. “If we were going to do this, we thought let’s also cater to a lot of peoples’ needs.”

“What we are offering potential franchise partners is to invest in a relevant, innovative, and sustainable brand that has a lot of white space for growth,” says Albertine. “We are growing and carving out our niche as an elevated quick-service restaurant experience. It makes us a very attractive brand and franchise partner.”

It’s a great time to be a part of the growing Del Taco system. For more information about becoming a franchisee with Del Taco, visit http://www.deltacofranchise.com.