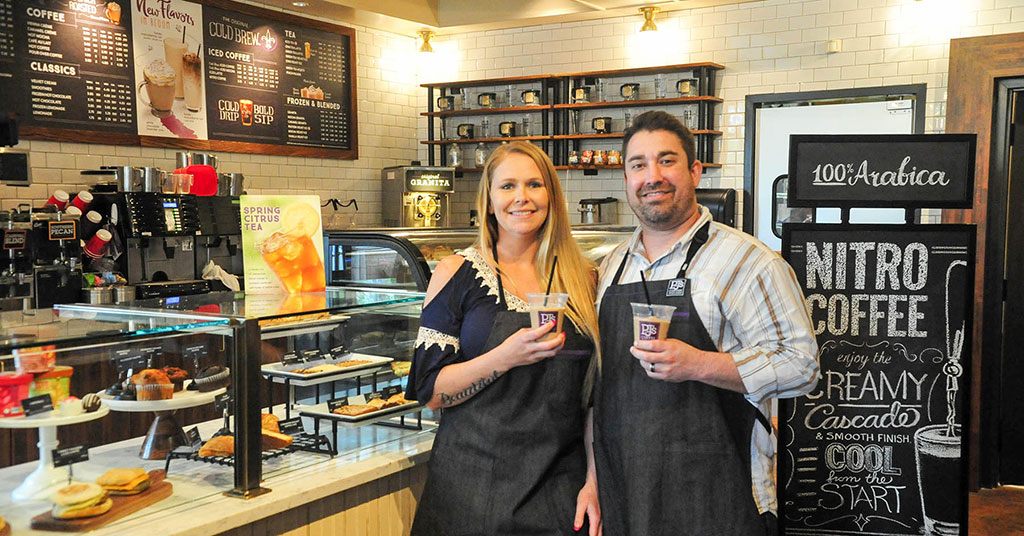 PJ's Coffee thinks highly of America's military veterans who have sacrificed and served their country. The New Orleans-based coffeehouse brand, known for its better beans and superior roasting techniques, also recognizes that veterans possess a unique skill set, comprised of a determined and disciplined work ethic and a dedication to following a system, which makes them a perfect fit for the franchise business model.

That's why the brand created its Veteran Franchise License Giveaway and announced the promotion last Veteran's Day. The result was 117 applications from veterans around the country. Six applicants were eventually chosen and interviewed before Marine Corp veteran, Jeff Hateley, was named the winner. Hateley plans to open his PJ's Coffee location in Rock Hill, South Carolina later this year.

"From the start, Jeff was the perfect fit for the PJ's Coffee family, but it was still important to go through the franchise evaluation and awarding process," said Ryan Stansbury, PJ's Coffee franchise development director. "His diverse military and professional background is both admirable and impressive. Jeff is a leader and mentor with strong community ties and possesses a strong desire to give back in whatever ways he can. We are more than excited to see him succeed as a PJ's Coffee franchisees and make a positive impact on the Rock Hill community."

Hateley served in the Marine Corps from 2001 to 2006 and specialized in Tactical Data Networks. He was deployed in Iraq and Japan and took on the role of a Primary Marksmanship Instructor. After serving, Hateley went on to receive his Bachelor's from California State University Fullerton and MBA from Pepperdine University. He has worked several accounting jobs throughout California and Florida and is currently a corporate controller.

"I've always known that I wanted to own my own business and when I heard about the PJ's Coffee giveaway, I knew it was the perfect opportunity for me," said Hateley. "PJ's Coffee has welcomed me into their family and has already provided me with incredible support and the valuable resources I need to succeed. I cannot think of a better franchise to be a part of and to help grow my career and look forward to providing a superior coffee-house experience to my community."

The most recent Census data available reports that 2.5 million out of 27.6 million total US businesses, were veteran-owned. The 21.8 million veterans in the United States make up approximately 9% of all business owners. And 1 out of 7 franchises in the US are owned by veterans.

PJ's Coffee has long been passionate about giving back to the veteran community. The International Franchise Association VetFran member proudly offers qualified veterans a 20 percent discount on the initial franchise fee.