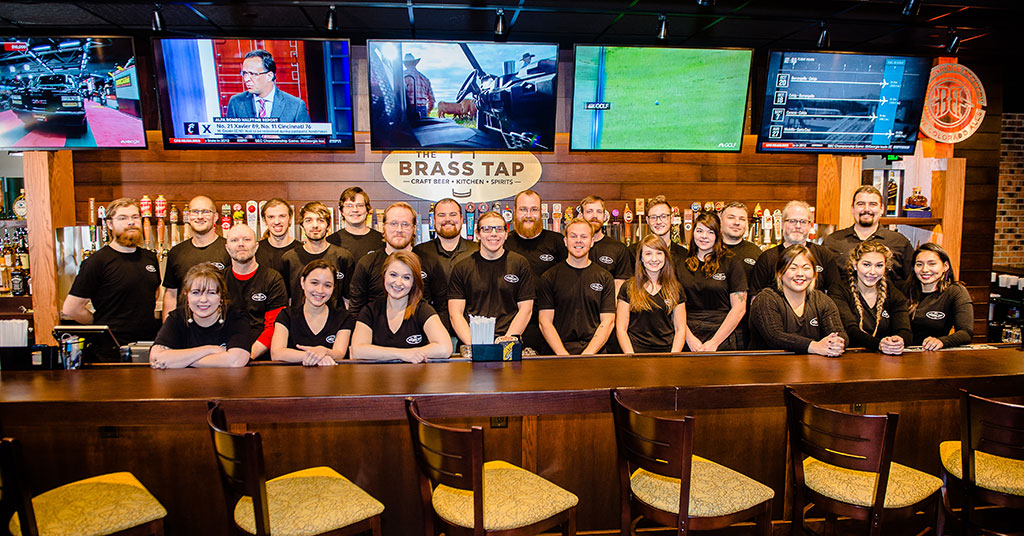 The leading upscale craft beer bar, The Brass Tap, is gearing up for nationwide franchise expansion with a strong development plan that is redefining the franchise bar concept in the lucrative craft beer market.

At the heart of the fastest growing craft beer concept, closing in on the milestone opening of its 50th location, is a focus on local.

“The Brass Tap is truly a local neighborhood place,” says Michelle Sudovich, director of franchise sales. “We understand craft beer and we know what attracts customers and keeps them coming back.”

The brand optimizes each taproom with an extensive rotating beer menu based on local preferences, in a festive atmosphere of live music, sports, and such creative entertainment options as trivia nights, exclusive beer tastings, and tap takeovers.

“Trained beer professionals work with our franchise owners in each market to help them identify the best local and regional craft beers available,” says Sudovich. “Our team also does an area marketing analysis prior to every opening to make the best recommendations for local entertainment, events, and special offerings unique to their community. We want our franchisees to be ahead of the competition from the start.”

Launched in 2008 in Wesley Chapel, Florida, The Brass Tap was founded by three partners from the restaurant world as a place for beer lovers to enjoy local craft beer. In 2012, FSC Franchise Co. bought the rights to franchise The Brass Tap, now with taprooms in 22 states.

Set to open eight new locations in the first quarter of 2018, the brand’s redefined craft beer business model is perfectly positioned for rapid growth in the $23.5 billion craft beer industry, at a time when craft beer demand continues to rise each year, increasing another 6 percent in 2016.

Under the helm of Chief Executive Officer Chris Elliott, FSC Franchise Co. has assembled a leadership team with more than 100 years of combined franchise experience with casual dining and fast casual brands ranging from large chains to local independents.

“The local connection that we’ve been able to make at The Brass Tap and Beef O’ Brady’s, through personal and human interaction, is something we’re doing better than anyone else in the industry,” says Elliot. “Experienced leaders like Scott are critical to ensuring that our environment can remain a priority as we look to expand into new markets nationwide. We’re thrilled to have him on board and look forward to growing together.”

The Brass Tap is targeting growth in Ohio, The Carolinas, and such major cities as Dallas, Houston, and Philadelphia. Sudovich says the brand seeks to tap into the experience of seasoned multi-unit operators looking to diversify their portfolio with area development agreements. The Brass Tap, she says, offers comprehensive support, a strong investment, and the ultimate craft beer bar franchise opportunity.

“With area developments in key markets still available, this is a great time to tap into a franchise opportunity that is unparalleled in the industry,” Sudovich says.