ZIPS Dry Cleaners is on the Road to Growth 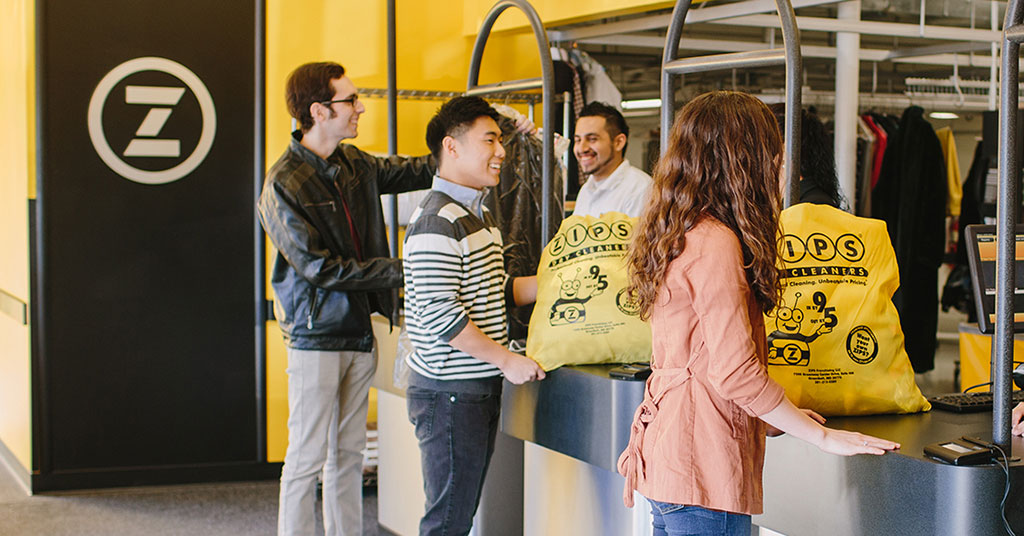 ZIPS Dry Cleaners, known for its revolutionary one-day, one price business model, is hitting the road to strategic growth on the fast track to disrupting the industry as a national brand.

If there is not a ZIPS near you, just wait. The Greenbelt, Maryland-based brand, with 53 stores in six states, has launched a supercharged expansion plan that calls for 100 ZIPS to be up and running within the next four years, followed by annual development of a minimum of 24 stores in the years to follow. Currently, there are 200 stores in the pipeline as part of franchise deals inked from coast to coast for ZIPS in both new and existing markets.

"We anticipate growth in Texas, California, Florida, Oregon, Washington, Indiana, Maryland, New Jersey, Virginia, Pennsylvania, and the District of Columbia over the next one to three years," notes Andrew Ritger Jr., chief executive officer of ZIPS. "The initial development in Texas and California is now moving into multiple units. Both the east and west coast of Florida, Oregon, and Indiana should have their first ZIPS operating within a year. We expect ZIPS to be a recognizable and profitable national brand within 10 years."

Ritger is off to a fast start at the helm of ZIPS after succeeding retiring CEO Reid Bechtle in December. A multi-brand veteran and 22-year development executive with Sonic Corp., Ritger is a proven leader who knows how to franchise. At Sonic, he led the effort to add more than 1,850 new stores, while increasing revenue by 95 percent.

In his new role, Ritger has set a course for aggressive expansion by building on the success of the brand that has turned the industry on its head with a $2.29 flat rate, per item price and same-day pickup service. Ritger calls the single low pricing per item and "in by 9, out by 5" delivery a "strong consumer proposition."

"ZIPS has an amazing history of unparalleled success," Ritger says. "No store has ever closed. It is a fun, unique brand that consumers enjoy and understand how to use, while creating a volume of business per store that is among the highest in the country."

Operational innovation is at the core of the brand, formed in 1996 with eight dry cleaners in the Baltimore-Washington, D.C. metropolitan area. In 2002, the stores became the largest retail group of dry cleaners in the area when they banded together as a buying collective to cut costs. The concept was born to be a dominate player in franchising.

"Very few businesses offer the economic model of ZIPS, when operated to ZIPS standards," notes Ritger. "ZIPS operates in a highly fragmented category that allows significant room for growth in all markets across the country. We are the No. 1 dry cleaning franchise in market share in our core markets and expect this to be the case in each market that is chosen for investment."

Along with cross country development deals in the works, ZIPS is also considering growth in such target cities as Atlanta, Raleigh, and Charlotte, North Caroline, Nashville, Tennessee, Dallas, Denver, Chicago, and Minneapolis. The brand is looking for experienced multi-unit franchise operators with demonstrated success in a franchise system and the ability to grow multiple units, Ritger says. ZIPS, he says, is a solid, proven franchise investment in high demand.

"ZIPS's best days are ahead, as we become a national brand," says Ritger. "The brand's consumer appeal is unique and valuable with a very strong economic model for our operators. This will allow ZIPS to grow significantly for the foreseeable future."